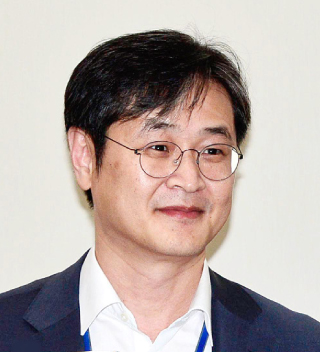 The Blue House filed a request Wednesday for criminal charges against a former investigator at the Blue House special inspection bureau for leaking confidential information to the local press.

The presidential office submitted the complaint at 11:14 a.m. on Wednesday to the Seoul Central District Prosecutors’ Office under the name of Im Jong-seok, President Moon Jae-in’s chief of staff, Blue House spokesman Kim Eui-kyeom said in a statement.

Kim said the complaint accused the investigator of spreading falsehoods and details of his Blue House work to media outlets even as he was under a separate investigation from the Seoul Central District Prosecutors’ Office, which is still ongoing. The investigator was fired from the Blue House team last month on allegations of unlawfully interfering in a police investigation. It was the latest development in a mushrooming whistle-blowing scandal that is undermining an administration that pledged to pluck out “deep-rooted evils” committed by the conservative government of former President Park Geun-hye, who was impeached and removed last year for corruption and abuse of power.

Kim Tae-wu, the investigator in question, worked in the so-called special inspection bureau under the office of the Blue House anti-corruption secretary, Park Hyoung-chul. He was dispatched from the Seoul Central District Prosecutors’ Office in July 2017 to temporarily work for the Blue House before Moon’s office kicked him out last month. The Blue House sent him back to the prosecutors’ office, which is now looking into the Blue House’s allegations against him for possible punishment.

On Tuesday, the investigator told the JoongAng Ilbo in a telephone interview that he was told to compile damning reports on “figures related to cryptocurrency” in December 2017 when a cryptocurrency boom swept Korea. The Blue House anti-corruption secretary Park told him it was a direct order from Cho Kuk, the presidential senior secretary for civil affairs. According to investigator Kim, he was told by Park that Cho said he would promote Kim by one rank on the nine-rank public servant system if Kim’s reports were good enough to justify the Blue House’s attempt to crack down on the cryptocurrency industry.

Secretary Park told the paper on Wednesday in a telephone interview that he did “encourage” investigator Kim to inspect cryptocurrency exchanges for possible illegalities but did not explain whether he promised a promotion in return for good performance.

Secretary Cho also called the JoongAng Ilbo on Wednesday and denied that he promised a promotion.

Park denied any wrongdoing on Wednesday night during his first briefing to Blue House correspondents since the scandal broke. In the emotionally-charged briefing, Park, himself a former prosecutor, stressed that he pledged his “honor” that he has worked by “law and principle,” choking up in between his words.

When asked why inspector Kim was waging war with the Blue House, the anti-corruption secretary refused to speculate on his motives.

The Blue House spokesman said on Wednesday that local media outlets were writing fake stories based on the investigator’s false accounts.