Struggling small-business owners drowning in debt and late on their payments will have their obligations reduced by 40 percent in 2022, up from last year’s 29 percent. 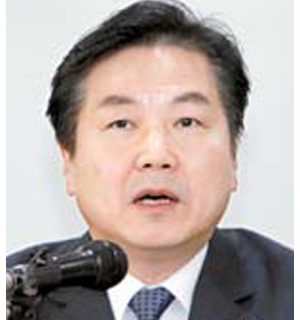 The government will also create a system whereby the remaining debt will be written off if small business owners who have lost the ability to repay the entire amount of the debt they owe are faithful in paying their readjusted total.

The easing of debt imposed on small businesses - such as restaurants and convenience stores - and the increase in the printing of gift certificates that can only be used in small neighborhood shops were a few of the measures that the government and the ruling Democratic Party agreed upon on Wednesday to help struggling small businesses.

The message from the government is clear: if small businesses are not supported, it will be difficult to keep economic growth from slowing further. The government recently adjusted its outlook for this year’s growth to between 2.6 and 2.7 percent, a drop from the earlier 2.9 percent projection.

According to the Ministry of SMEs and Startups, measures beyond the debt reduction are planned. The government will buy and write off 880 billion won ($780 million) of insolvent debts owed by small businesses by 2021.

State-owned Korea Asset Management will purchase 480 billion won of debt by the end of next year and the rest by 2021.

These gift certificates can only be used at small businesses, including traditional markets, and also in regional shopping areas like the underground stores at Gangnam station or at bus terminals.

The government will provide 17 trillion won in low-interest financial aid, including loans and loan guarantees, to help the small businesses survive.

By 2022, the government will upgrade 30 commercial districts in old downtown areas where there are clusters of small businesses so they become shopping districts and places for start-ups.

About 15,000 small merchants will receive training.

According to the government, as of October this year there were 5.67 million small business owners, equivalent to 20.9 percent of all employed people.

Although this is a drop from 27.9 percent in 2002, the percentage is higher than in other advanced economies, including the United States, at 5.3 percent, Japan, 10.4 percent, and Europe, 15.5 percent.

According to the official statistics, businesses where the owner works alone total 4 million. Many of these small businesses are sensitive to the minimum wage hike.

Currently 20.7 percent of Korea’s small businesses are in wholesale and retail, while 11.2 percent are restaurant or lodging businesses.

The average income for small businesses is 4.92 million won, only 81 percent of the 6.08 million won monthly earned by households where a member is a regular employee at a company.

Many of these small business owners are heavily in debt. Their debt averages 100.9 million won, nearly five times the 20 million won debt owed by regular employees.

As of June this year, the debt of small business in Korea totaled 591 trillion won, up from 372 trillion in 2014. The government estimates the debt burden will rise since the Bank of Korea raised the interest rate last month.

“In today’s measures, the associations of small businesses didn’t simply participate in suggesting policies, but joined the government in thinking through the problems and finding projects,” said Hong Jong-haak, the minister of SMEs and Startups. “We need to create an ecosystem where small businesses - which are struggling from structural factors such as saturated markets, rising costs and external factors, such as larger business expanding, the widening of internet channels and globalization - could innovate.”