LEE DONG-HYUN
The author is an industrial news reporter of the JoongAng Ilbo. 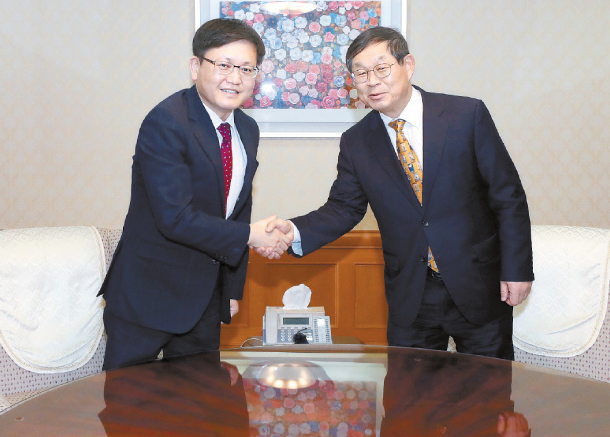 “Companies have been pushed to the end of cliff. The government plans to fix our current system of determining the minimum wage in 2020. It sounds like a great gift, but it is simply correcting what is wrong. Companies will all die before that,” said 62-year-old Kim Yong-geun, vice chairman of the Korea Employers Federation. His voice sounded worried on the other end of the phone. He said he had hopes when Vice Labor Minister Lim Seo-jung visited him on Tuesday. But the Ministry of Employment and Labor’s position on the issue remained firm.

Kim is a former economic and industrial ministry official. At the Ministry of Commerce and Industry in the 1980s, as well as the Ministry of Industry and Resources, he served in key positions and headed the Korea Institute for Advancement of Technology and the Korea Automobile Manufacturers Association. He has knowledge on the policy-making process and on corporate management. But he is raising his voice to support companies.

The Korea Employers Federation issued a statement refuting the Ministry of Employment and Labor’s press release on the revision of the enforcement of ordinance on the minimum wage. Kim said that he worked overnight to write the statement. When I asked him if he was burdened to go against the government policy, he said he was placed in the position to play a bridge between companies and the government, and if something that is not in the law needs to be added, it should be legislated by the National Assembly instead of by the government revising the enforcement ordinance.

Companies oppose the revised enforcement ordinance, not only because they don’t want to pay more, but also because it directly affects their survival: it also violates the principle of statutory reservation that the National Assembly should vote on matters that restrict people’s rights or impose obligations. If the ordinance is approved in a cabinet meeting, our businessmen can be made lawbreakers overnight.