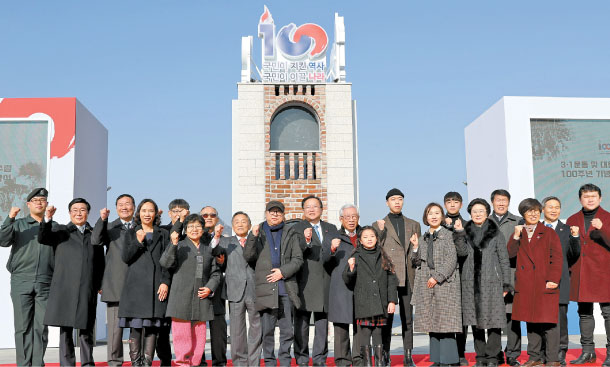 The Presidential Commission on the Centennial Anniversary of the March 1st Independence Movement and Korea Provisional Government, along with Interior Minister Kim Boo-kyum, center, unveil a ceremonial tower to celebrate the centennial of the March 1st Movement in Gwanghwamun Square, central Seoul, on Thursday. The tower is modeled on a building in Shanghai, China, that housed the provisional government when it was founded in 1919. [NEWS1]