BMW hit with fine as another car burns

BMW hit with fine as another car burns 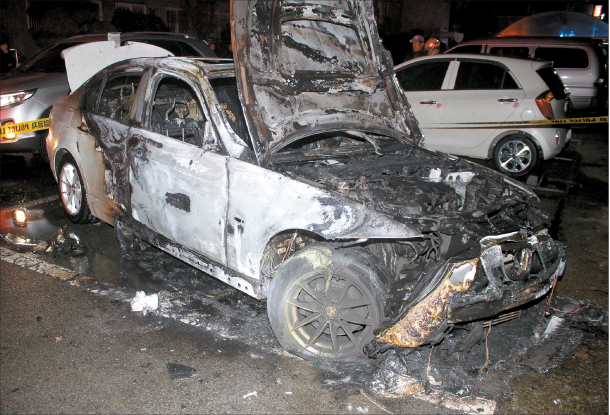 A BMW sedan caught fire while driving in Gwangju on Monday, the same day the government slapped a heavy fine on the German automaker.

The BMW 320d sedan burst into flames at roughly 6:24 p.m. at an apartment complex in the southwestern city. There were no casualties, and the fire died down after about 10 minutes.

The fire came on the same day that Korea’s Ministry of Land, Infrastructure and Transport announced it will file a complaint against BMW Korea for allegedly delaying recalls and concealing and downplaying defects related to its fire-prone vehicles. The Land Ministry also fined the company 11.2 billion won ($10 million) for a delay in recalls.

The ministry has been investigating the root cause of the fires by forming a public-private team consisting of 32 experts in cars, law, fires and the environment since August after a spate of flaming BMWs began to become a serious public safety concern.

The team confirmed that the fire was due to a leak of coolant from the exhaust gas recirculation (EGR) system. This mostly matches with BMW’s own technical examination results announced in August, though the Korean team pointed out the problem was due to a defective design in the EGR valve, not the EGR bypass flap that the carmaker had pinpointed as the issue.

The team said less BMW fires were spotted in the United States because cars there reduced the use of EGRs and installed a separate device to cut nitrogen oxide because of tight emissions regulations.

They said fewer fires were spotted in China for the opposite reason - EGRs were less common due to the weak emissions regulations there. In countries with a similar level of emissions regulations like Germany and the United Kingdom, the rate of BMW fires was similar to Korea’s 0.14 percent.

The reason for the complaint and fines, however, was because the team concluded the German carmaker knew about the EGR defects in 2015 and did not report it.

According to the public-private team, BMW set up a task force to solve the defects related to the EGR at its German headquarters in October 2015.

The team considers this proof that the carmaker actively concealed or downplayed the defects.

The team said the carmaker did not submit the technical data related to the EGR defect to the government for roughly 153 days, though it was supposed to submit data in the first half of this year, before it started recalls, allegedly in an attempt to conceal defects. The carmaker submitted data in September after it started the first round of recalls in July.

The team also said the carmaker tried to reduce the damages caused by EGR defects by excluding some models in its first round of recalls, even though they use the same engine and EGR modules as vehicles that were subject to recall. In October, the carmaker announced a second round of recalls for 65,763 cars, spanning 52 different models.

An official from the Transport Ministry said the government will “ask for additional recalls from BMW and press on with filing a complaint with prosecutors and imposing fines based on the research report released by the public-private investigation team,” in a statement Monday.

A spokesperson from BMW Korea, however, denied the claims by the Korean government on Tuesday and said the company did not intentionally conceal defects related to the EGR.

“Forming a dedicated team doesn’t necessarily mean the company knew about the cause of the fires. It takes time to go over many other possibilities,” the spokesperson said. “We will explain what needs to be explained and cooperate with government investigations.”

While a total of 172,080 BMW cars spanning 65 models are now subject to recall, about 65 percent have been recalled so far, according to the Korean unit of the German luxury carmaker Tuesday.