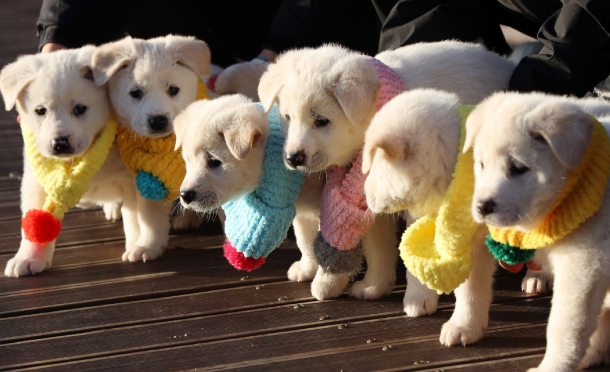 On Christmas, the Blue House released photos of the six puppies given birth to by a dog given by North Korean leader Kim Jong-un to President Moon Jae-in in September. The six puppies wear mufflers that children in Gwangju knitted and gave to the puppies. [YONHAP]