Public worries about flu medicine after teen leaps to her death

Public worries about flu medicine after teen leaps to her death 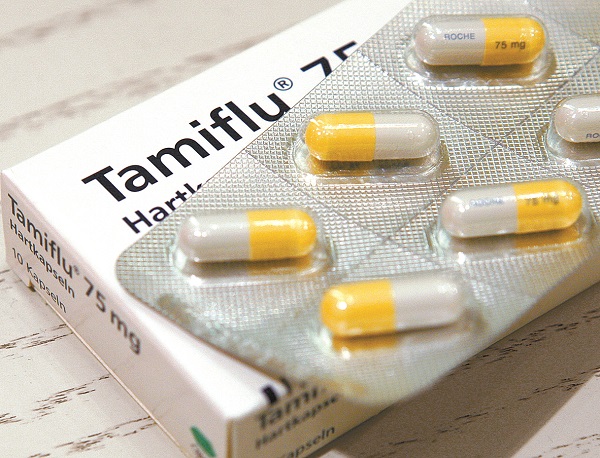 Public concern is growing about potentially dangerous side effects of a popular flu medicine after a middle school student in Busan leapt to her death on Saturday after taking it.

Oseltamivir, better known by its brand name Tamiflu, is being blamed for causing symptoms of psychosis and hallucinations that led to the apparent suicide.

The side effects of Tamiflu are relatively unknown, although hundreds of complaints are made about them every year in Korea alone.

The teen in Busan vomited after her first dose of the drug and then exhibited bizarre symptoms following a second dose 13 hours later, the girl’s mother told reporters on Sunday. Complaining of insomnia due to “strange noises coming from upstairs,” the girl was last seen leaving her bedroom early Saturday morning and her parents believed she was going to get a glass of water.

A short time later, the girl’s father looked out the window of their home on the 12th floor of an apartment building and saw her lying dead near some bushes on the ground.

The victim’s family told police that she had been prescribed Tamiflu by a local doctor on Friday after coming down with flu symptoms. Her mother later told KBS News that they were certain it was the drug that caused the hallucinogenic effects that made her leap to her death.

The police said it will conduct a chemical autopsy to analyze the presence of the drug in the teen’s bloodstream.

This was the third reported case in Korea of someone jumping from a high place while being treated with Tamiflu, which has been prescribed widely since the swine flu epidemic in 2009, according to the Ministry of Food and Drug Safety.

In 2009, another middle school student made a suicide attempt from the sixth floor of an apartment in Bucheon, Gyeonggi, and was badly injured in the fall. The student later said he heard strange noises after taking the drug.

An 11-year-old child being treated with Tamiflu died in 2016 after jumping off the 21st floor of an apartment building.

The Ministry of Food and Drug Safety distributed warning letters to pharmacies across the country on Tuesday, mandating its circulation to any consumers of the drug.

"The effects of Oseltamivir are not yet clear among patients under the age of 10 but may induce unordinary behavior and accidents like falling when taken," read the warning letter, taken verbatim from a cautionary label on Tamiflu packaging. "A guardian should be present at all times for at least two days around children or teenagers who consume the drug."

Developed by the Swiss pharmaceutical company F. Hoffmann-La Roche AG in November 2001, Tamiflu has been widely consumed internationally as an antiviral flu medication recommended for people who have flu-related complications within the first 48 hours of infection.

While shown to be relatively effective at preventing the spread of influenza, the drug’s safety has been consistently questioned due to rare incidences of psychotic effects. It gained particular international attention in 2005, after 12 children died and 32 experienced abnormal behavior after taking the drug in Japan.

In Korea, the Drug Ministry receives around 200 complaints of side effects related to the drug each year, with 206 cases reported from January to September this year. Most of the side effects are nausea or vomiting, but hallucinations or delusions have also been reported.

Medical experts in the United States remain divided as to whether the hallucinogenic symptoms are indeed effects of the drug or of encephalitis, an inflammation of the brain commonly induced by influenza. The condition reportedly can produce the same type of delusions that may induce extreme behavior.