The head of Shinhan Bank has expressed discontent with a recent reshuffle by the Shinhan Financial Group holding company.

In the latest leadership change, a new CEO will replace incumbent Wi Sung-ho three months before the end of his term. This deviates from the conventional practice of regular and predictable management changes. 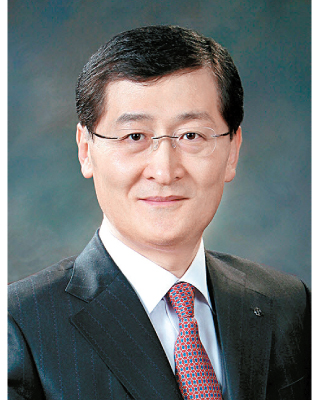 “After the sudden announcement on Dec. 21, I got a lot of calls from acquaintances who said they couldn’t understand,” Wi said. “I also felt confused because it came out of thin air.”

Shinhan Financial Group noted Jin’s work overseas, but it refrained from stating the exact reasons why it refused Wi a second term.

Industry insiders suspect that Wi’s alleged involvement in a bribery case from 2008 may be relevant to the lack of a second-term offer.

A committee at the Ministry of Justice requested earlier this year that prosecutors look into an allegation that Ra Eung-Chan, former chairman of Shinhan Financial Group, bribed Lee Sang-deuk, the older brother of former President Lee Myung-bak.

The committee accused high-ranking figures at Shinhan, including Wi, of handling 300 million won ($266,559) of payments in the affair.

Wi said that the case would not have been a big factor in the recent reshuffle. He also said the transition to Jin would take some time because of the nominee’s lack of experience in the domestic banking business, a comment seen as a swipe at Jin.

“Nominee Jin Ok-dong doesn’t have any experience in the banking business at home in the recent 20 years. It will take a while to transfer my job,” Wi said.

Shinhan Bank is scheduled to hold a board meeting today to decide whether it will accept the recommendation by Shinhan’s nomination committee.