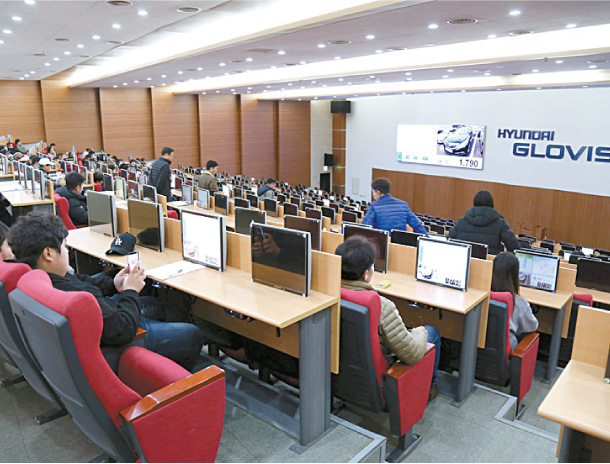 Hyundai Glovis, which operates the largest car auction house in Korea, recorded a cumulative total of over 1.382 million auctioned cars on Nov. 30. This is the first time a Korean car auction house has sold more than a million cars. This is only 17 years and nine months since February 2001, when the first auction was held.

The company holds car auctions once a week at the auction house in Bundang District (Tuesday) and Sihwa, Gyeonggi, (Friday) and Yangsan, South Gyeongsang (Thursday). As of the end of 2018, 804,558 cars were traded by November, and by the end of this year, 92,000 used cars are expected to be auctioned, up 3,000 from the previous year. Hyundai Glovis has shown an annual average growth rate of 4.8 percent in the number of used cars auctioned in the past six years.

Hyundai Glovis pointed out that the continuous expansion of its business through the addition of an auction house was an important driving force behind its success. Continued excavation of new customers also played a role in increasing the number of auction entries. Since 2014, the company has launched the Auto Bell brand, a used car purchase service, to strengthen sales to general consumers and increase the convenience of selling vehicles with the online auction service Auto Bell Live. By starting a used car auction business, Hyundai Glovis is increasing the transparency and reliability of used car transactions. Vehicle owners can trust the sales process and results because they sell vehicles at objective market prices through competitive open bidding. In addition, companies that participate in the auction can supply high-quality used cars to customers. They have been checked for their precise performance by Hyundai.

The company is planning to build an environment in which auctioneers can participate in the auction online so that they can get used cars of excellent quality even if the seller does not search for the auction house directly. In addition, the company will use mobile technology to streamline the process for buying cars so that bidders can check the status of the vehicle more objectively.