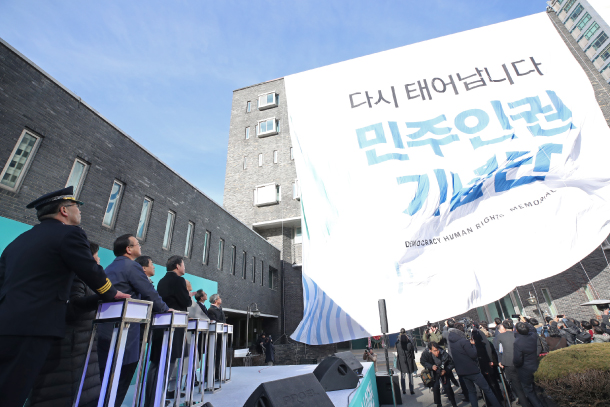 Dignitaries, including Prime Minister Lee Nak-yon, Interior Minister Kim Boo-kyum and Seoul Mayor Park Won-soon, participate in an unveiling ceremony for the Democracy Human Rights Memorial on Wednesday. The former anti-communist police detachment building in Namyeong-dong, central Seoul, where pro-democracy activists were tortured under the military regimes of the 1970s and ‘80s, is now a memorial dedicated to democracy and human rights. [NEWS1]