With the New Year just days away, singers are upping their game to delight listeners with new music. 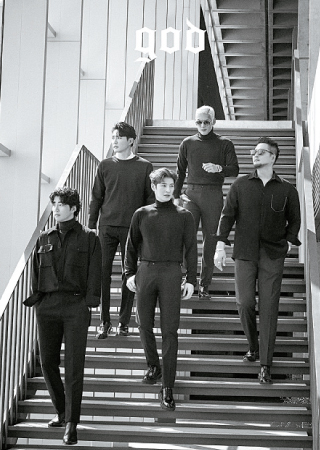 Boy band g.o.d. will release a special album on Jan. 10 entitled “Then&Now” to celebrate 20 years after their debut. The album includes 10 songs, both new and old, remembering the long path the members have taken in the entertainment industry. Following the album’s release, they will hold the concert “Present” on Jan. 13 at the Olympic Gymnastics Arena in Olympic Park, eastern Seoul.

Singer Chungha will release her song “Gotta Go” on Jan. 2. She is collaborating with music producer duo Black Eyed Pilseung for the first time since their song “Roller Coaster,” which came out earlier this year. Black Eyed Pilseung have produced major hits, such as girl group Twice’s singles “Like Ooh-Ahh,” “Cheer Up” and “Likey.”

Luna, from girl group f(x), will reveal her new EP “Even So” on Jan. 4, a song written and produced by the singer herself. Luna previously flaunted her vocal and musical skills as a solo singer on her solo albums “Free Somebody” (2016) and “It Was Love” (2016).

Boy band KNK, who recently welcomed a new member, will release their third EP “Lonely Night” on Jan. 7. This is their first album since “Gravity, Completed” (2017) came out a year and a half ago.

Boy band iKON will release their new album as the grand finale to their “New Kids” album series on Jan. 7, which began last year with “New Kids: Begin,” and was followed by “New Kids: Continue” and “New Kids: The Final” this year. The new songs will be revealed a day earlier, on Jan. 6, during their concert.

Finishing off 2018 was rapper Vinxen, who released his EP “Boycold 2” on Thursday. The album’s title comes from the name of producer Boycold, who helped Vinxen express his emotions through music in his song “Fault.”