HAN EUN-HWA
The author is a construction and real estate news reporter of the JoongAng Ilbo. 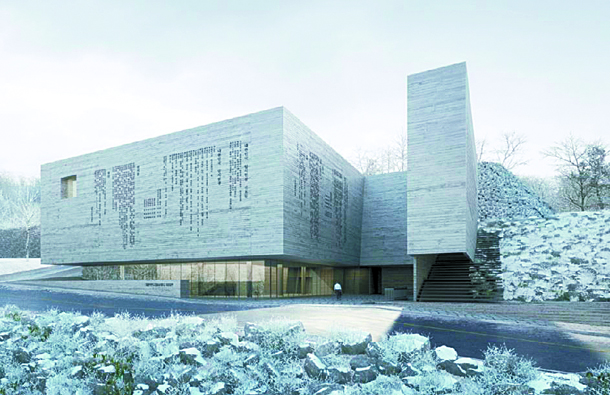 “It is hard to respond to every single allegation.” The architectural community felt conflicted about the suit over the winning design for the Korea Provisional Government memorial. Only a month ago, the architectural community issued a statement calling for an improvement in public architecture design contests after the head of the review committee for the new government complex in Sejong resigned over rigging. Then, an allegation about unfair evaluation was raised.

The Public Procurement Service (PPS) held a contest for the design of the provisional government memorial, whose construction is to begin next year in time for the establishment of the provisional government in Shanghai’s centennial. But a suit was raised to prevent contracts being signed for the winning design as the competition was allegedly rigged. Half of the architects who participated in the competition asked the PPS to release the information related to the contest. Voices that had been hushed are now being raised.

In fact, silence would be strange. More than 120,000 public structures are built with taxpayer money. The construction costs total 26.57 trillion won ($23.7 billion), based on Statistics Korea’s 2016 report. When the design cost for a project is more than 210 million won, they are required to undertake public bidding. The PPS commissions the most projects. One of the major jobs of the PPS is to hold competitions for local governments and public agencies that cannot afford to carry out competitions. In return, the PPS receives a fee.

There have been many rumors surrounding the PPS, such as that “I heard a certain company won most of the bids from the PPS this year;” “It is better not to participate in a competition with a certain company;” or “Particular companies have considerable lobbying capacity.”
To conduct a fair review, the PPS keeps a list of 120 reviewers and selects them randomly. But what if the list is managed? Some say that one reviewer participated in six out of some 40 competitions this year and wonder if that is statistically possible. The system needs to be changed to prevent such speculation. Making reviewer records public is one way. As architectural structures have different purposes, the system of scoring needs to change.

The Ministry of Land, Infrastructure and Transport recently set up a taskforce on architectural design competitions. The purpose is to check whether the guidelines established in 2014 are being followed properly and what needs to be improved. Young architects are calling for fair and intense contests. It is the citizens who suffer the biggest loss from expediency and illegalities. Their right to enjoy good public architecture must be protected.