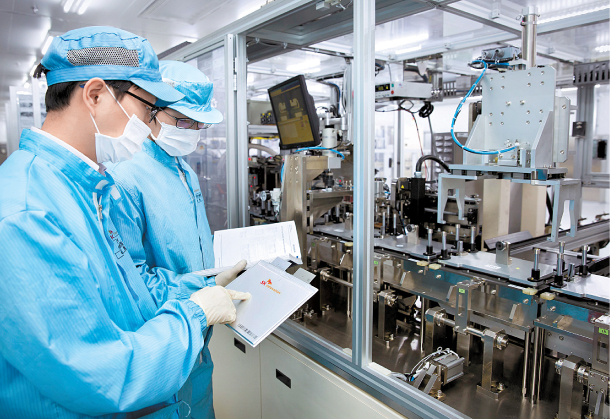 For the first time, SKinnovation will participate in the 2019 Consumer Electronics Show (CES) held in Las Vegas in January. It will announce its transformation into a battery and material company that is different from existing businesses. The company’s corporate value will likely be re-evaluated along with its existing businesses, which are regarded as future growth engines.

SKinnovation plans to introduce electric vehicle batteries, energy storage system (ESS) batteries and lithium-ion battery separators (LiBS), which are key components of batteries, at this CES. This is a first for the domestic energy and chemical industry as well as Korea’s three battery companies.

Participation in CES is important in the international electronics industry. Industry analysts believe that the SKinnovation’s participation at CES is the result of the company’s new focus on its chemical, battery and materials business over its past petrochemical-based business.

SKinnovation, which has suffered losses for 37 years due to uncontrollable variables such as the oil price plunge in 2014, has secured new growth engines to transform itself into a new company by improving its profitability and business structure.

Recent investment announcements are now focused on batteries. Posco has been benefiting from the industry investing heavily in the chemical and lubricant businesses since 2011. It now seems that the center of gravity has shifted to the battery business through strong execution power this year.

Since last year, SKinnovation has announced four large-scale investment plans for the battery business alone. SKinnovation plans to build a plant in Changzhou, China; Komarom, Hungary; and Georgia in the United States, in addition to expanding capacity at its Seosan plant in South Chungcheong. In 2022, when the U.S. facility is completed, a battery production system will connect Korea, China, Europe and the United States.

The total investment in the new facilities except for Seosan is about 2.8 trillion won ($2.5 billion). Expansion of facilities at existing plants is also under consideration at the same time, so investment will also increase. This is nearly three times SKinnovation’s investment in its vacuum residue desulfurization business, its only major investment in the petroleum business over the past two years.

SKinnovation also made large-scale investments in the materials business. The company decided last October to invest 400 billion won ($357 million) in the construction of LiBS, CCS and other production facilities in Changzhou, and plans to build a secondary battery separator production base in China. In November last year, the company invested 150 billion won in its plant in Jeungpyeong County, North Chungcheong, to expand its membrane lines.

The securities industry says that if SKinnovation plans to grow its electric vehicle battery business by 2022, it will likely gain corporate value through its battery and materials businesses in addition to its existing oil refining and chemical businesses.