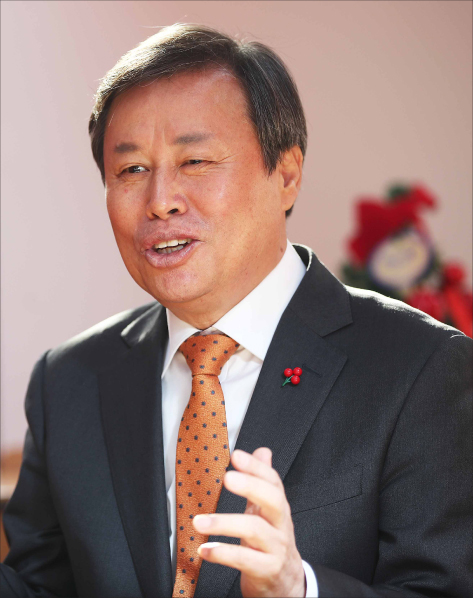 Do Jong-hwan, Minister of culture, sports and tourism [OH JONG-TAEK]

After North and South Korean athletes took part together in the PyeongChang Winter Olympics in February and the Jakarta-Palembang Asian Games in August, the two Koreas plan to once again team up for the 2020 Tokyo Olympics.

“Recently during talks on sports with North Korea, the two Korea has decided to create a unified team in at least three events, including women’s basketball and canoe,” said Do Jong-hwan, the South Korean minister of culture, sports and tourism, during an interview with the JoongAng Ilbo.

During the PyeongChang Winter Olympics in February, the two Koreas formed a unified team for the women’s hockey team, and during the Asian games in the summer, it had a unified team in women’s basketball, canoe and in rowing. “We are looking into the possibility of forming unified teams in other events like table tennis and judo,” Do said. “We will continue to discuss forming a unified team with the athletes, and we plan not to push it if the athletes don’t agree to it.”

The culture and sports minister said he will work with the Ministry of National Defense and the Military Manpower Administration to review the special exemption from mandatory military service given to athletes and several artists.

“We’re looking into various measures, including [adopting] a mileage or accumulation system,” Do said. “We will look for a rational plan by collecting various opinions from different people.”

He said the state-owned think tank Korea Development Institute is studying the reuse of the stadiums and tracks that were used during the Winter Olympics, such as the speed skating tracks in Gangneung and the sliding center in Pyeongchang in Gangwon.

“Once the study is over, we plan to create a management foundation through the profits made from the Olympics and commission it to manage and utilize these stadiums,” Do said. “[However], it is right to restore the slopes on Mount Gariwang in Jeongseon County, Gangwon, that were used for alpine skiing [during the Olympics].” He also said the Korea Forest Service is currently in talks with the Gangwon government on ways to restore the mountain.

The following is an excerpt from the interview with Do at the ministry’s office in Yongsan District, central Seoul.

Q. There were a lot of sports events this year.

A. It was truly a busy year. While there were many things that happened, I should talk about the North and South Korea unified team that participated in the Dragon Boat raced during the Jakarta-Palembang Asian Games. I was told that the North Korean athletes didn’t match up [before the games], but once the unified team was created, the unified team won the gold medal. It was a good example that showed how synergy could be created when North and South Korea join forces.

North Koreans were also telling the story with pride. Sports created a good opportunity for both North and South Korea to smoothly transition into dialogue.

Didn’t Cha Hyo-shim (North Korea) and Jang Woo-jin (South Korea) win the Korea Open in table tennis in July? As was shown in the dragon boat race and in table tennis, if North and South Korea join forces, it creates huge power.

Wasn’t there a lot of difficulties in opening the PyeongChang Winter Olympic in February?

I was worried about many things. I was also worried by the cold. It is true that the media and the government were concerned. Prime Minister [Lee Nak-yon] said he felt like he was dying from the cold when he attended the rehearsal of the opening ceremony. But on the opening day, the weather got warmer. The heavens helped. After the Winter Olympics, it snowed heavily four times ahead of the Paralympics in March.

[But] sports throughout this year was able to change the country’s destiny. While there were those that called the PyeongChang Olympics as the Pyongyang Olympics, at the end, it was the Peace Olympics. The highest virtue that the International Olympic Committee has is peace, and the PyeongChang Winter Olympic realized that virtue.

North and South Korea are moving toward hosting the 2032 Olympics.

IOC Chairman Thomas Bach has huge interest in it. So on Feb. 15, the sports ministers of both Koreas will visit the IOC headquarters in Switzerland to discuss [the 2032 Olympics]. The request was first made by the IOC, which is rare. While I can’t be too optimistic, I see it as a good start. If the PyeongChang Olympics was the starting point of peace and prosperity for both Koreas. I hope the 2032 Olympics will be the last stop where that [peace and prosperity] bears fruit.

There was a controversy over fairness in regard to the unified women’s hockey team at the time of the PyeongChang Olympics. Is there a complementary plan?

There were two major issues when forming the unified women’s hockey team. One was why the country decided without asking the athletes and the second was why [the government] let the athletes take the burden of the loss [as some of the South Korean athletes were removed from the roster].

But we’ve had many meetings with the athletes and convinced them that conceding a little is a way to gaining something much greater. The athletes asked what would they gain from giving in, and some said their future would be bleak. So we decided to create a team to discuss the issue.

The roster wasn’t decided entirely by the [South Korean] government. But it became a problem because we weren’t able to explain it [to the public] properly. When we had to form a unified team, we ask the athletes and respected sports associations. If they refuse, we don’t push it. We plan on only [creating unified teams] where there’s consent.

The reuse of stadiums after the Winter Games is an issue that’s difficult. How do you plan to solve the problem?

We’ve discussed it with the Ministry of Finance and Economy on the government supporting it. Instead, we have agreed to set how much support the government will be providing based on a study by the Korea Development Institute. When the study is done, we plan to create a management foundation with the profits made from the Olympics. This foundation will be launched in March. With the results of the study, we plan to discuss the usage of the facilities with standards and principles.

Through the World Cup and the Asian Games, many athletes have received exemptions from their military service. However, there’s a dispute over the fairness of giving these benefits to sports stars.

We plan to discuss the issue with the Ministry of National Defense and the Military Manpower Administration. Our ministry will also set up a task force that will handle the proble.

Didn’t the people demand that a military exemption be given to the players in the 2002 World Cup?

But since many people in society have raised issues over the military service exemption, we plan to discuss it with the Military Manpower Administration. There are various proposals, including [adopting] a mileage system or points accumulation. There are those who claim that such benefits should be abolished.

What would you like to say to the public and sports fans?

I would like to tell them to be healthy and enjoy life with composure. Live a life where you can relax and hope that [people] live a beautiful life through culture. Brazilian poet Martha Medeiros said you start dying slowly if you do not travel, if you do not read, if you do not listen to the sound of life and if you do not appreciate yourself.

I hope instead of slowly dying, people live a life where they find themselves living.

They say a flower blossoms by blessing itself within. I would be thankful if people live a healthy and beautiful life.