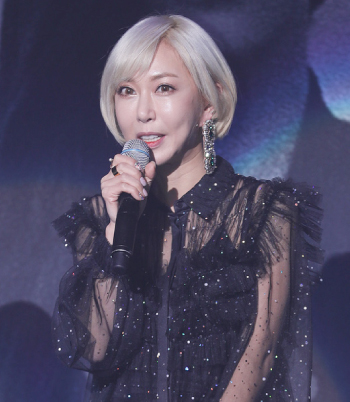 Shoo of disbanded ’90s girl group S.E.S. has been indicted for gambling, according to the Seoul Eastern District Prosecutors’ Office on Friday.

Shoo was reported to the prosecutors’ office in July for borrowing some 600 million won ($538,000) from two acquaintances - surnamed Yoon and Park - and not paying them back, which the prosecutors concluded was not intentional fraud, just a late payment.

The prosecutors did, however, find Shoo guilty of gambling abroad in regions including China’s Macao from August 2016 to May this year, spending some 790 million won in the course of her travels.

In fact, of the two people that sued Shoo, the prosecutors indicted Yoon for aiding and abetting her gambling because they decided to lend her the money even though they were fully aware that she was going to use it for gambling.

In August, Shoo admitted to gambling habits that put her in a “vicious cycle.”

Shoo made her debut in 1997 as part of three-member act S.E.S. and was immensely popular until 2002, when the group disbanded. She married basketball player Lim Hyo-sung in 2010.

Rumors circulated on Friday that the couple had split, but Lim came forward saying that Shoo had made a big mistake, but that he won’t leave her over monetary issues.

“I assure you that I will do my best to lead my family in the right way,” said Lim.