Hyundai offers a glimpse of the future

Hyundai offers a glimpse of the future 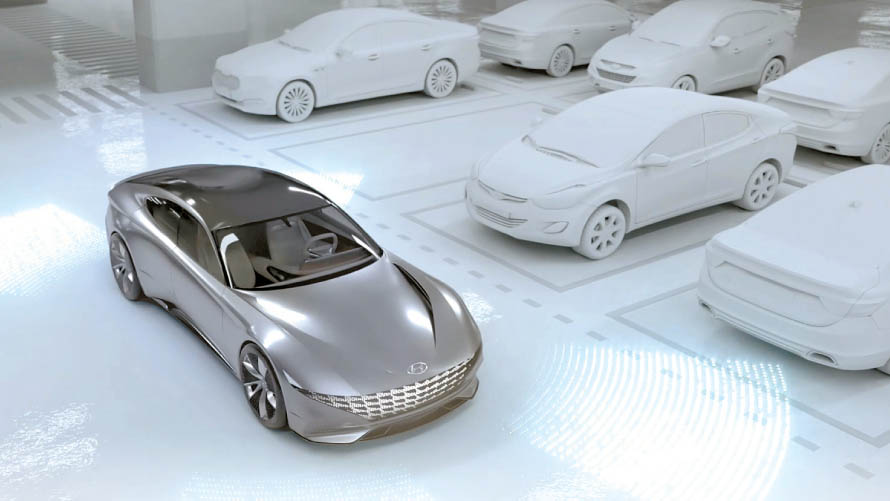 A screenshot from a video shows a Hyundai Motor concept car that can find its own space in a parking lot. [HYUNDAI MOTOR]

The concept car is electric.

In the video, the electric car finds its way to a charging station inside a nearby parking lot on its own after the driver gets off at its destination. The station offers wireless charging. When charging is finished, the car then parks itself in an empty lot to make room for other vehicles to charge.

When the driver calls the car back using their smartphone, the car drives itself to the requested meeting point.

The Korean automaker described the feature as an “automated valet parking system.” The feature could take the burden off drivers struggling to park and also save time as they won’t need to find charging stations or empty lots.

For this system to work, parking lots, cars and drivers need to continuously share information through a connected network, Hyundai said. For instance, parking lots need to send the location of charging stations and empty parking lots to cars, and wireless chargers need to notify drivers of cars’ battery status via text message or other means.

“In the upcoming era where autonomous driving cars become prevalent, there will be growing demand for various driving control features using self-driving technology,” a spokesperson from Hyundai Motor Group said. “We will focus on developing services that enable drivers to make convenient and safe use of self-driving cars.”

The company said it expects the wireless charging system and automated valet parking system to be applied to its autonomous driving cars scheduled for launch in 2025.