Some property assessed values to increase 100%

Some property assessed values to increase 100% 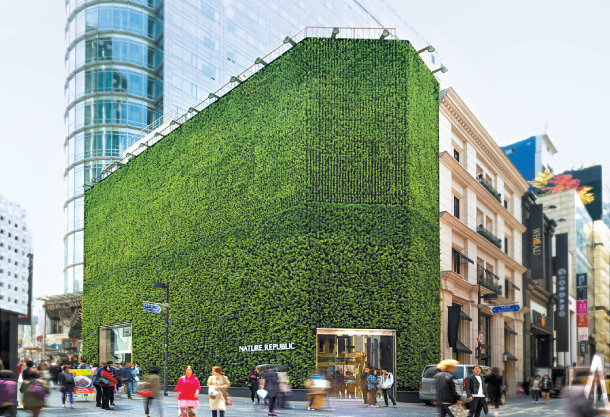 The land value of the Nature Republic store in Myeong-dong, central Seoul, will increase from 91.3 million won (＄82,000) per square meter this year to 183 million per square meter, due to property tax revision. [JOONGANG PHOTO]

Property taxes are expected to jump in 2019 as land prices increase and as the government changes the way it assesses property, in some cases doubling the recorded value of these assets.

This figure is vitally important as it is used to calculate local government property taxes and the central government’s comprehensive real estate taxes.

According to the Ministry of Land, Infrastructure and Transport, the value of the Nature Republic store in Myeong-dong was assessed at 91.3 million won ($82,000) per square meter this year. But next year, the same location will be assessed at 183 million per square meter.

The land where the cosmetics store is located has been the most expensive in the country since 2004. In recent years, the assessed value has been rising 3 to 6 percent annually. The government assessed the property at 83.1 million won per square meter in 2016, 86 million won in 2017 and now 91.3 million won.

Next year, the value is expected to double.

It’s not only land in Myeong-dong or in central Seoul facing such dramatic revaluation.

The assessed values of housing units in Hannam-dong, an affluent neighborhood in Seoul where many corporate heads and celebrities reside, are expected to increase more than 50 percent on average.

Lee Myung-hee, daughter of Samsung Group Chairman Lee Kun-hee and chairwoman of the Shinsegae Group, is expected to face a near doubling of the value of her house, which is on a 969.9-square-meter parcel, from 16.9 billion won to 27 billion won.

The 602-square-meter apartment in Itaewon owned by Song Joong-ki and Song Hye-kyo, a celebrity couple, will go from 5.32 billion won to 8.07 billion won in terms of assessed value.

The rise in the market values of land and apartments is one reason for the change in the assessed values.

“While housing prices have been rising fast, the government assessed value hasn’t tracked the increase,” said Land Minister Kim Hyun-mee in a meeting with lawmakers on the Land, Infrastructure and Transport Committee in August. “We plan to reflect the actual market value increase in the assessed value this year.”

An official on the Korea Appraisal Board said that until now the government assessed value have been far less than the actual value of high-end houses.

As a result of the higher values and the changes being made in the calculation method, the tax burden is expected to go up.

According to Kim Jong-pil, a tax attorney, the owner of Nature Republic’s land in Myeong-dong will have to pay a local property tax of 129.7 million won on the 169-square-meter property, up from this year’s 81.4 million won.

While the tax should in theory double, which would bring it to 162 million won, by law the maximum increase of local property taxes is 50 percent.

Woori Bank’s Myeong-dong branch is likely to pay much more in property tax.

The bank paid roughly 276.7 million won this year. The figure for next year is expected to up to as much as 311.5 million won.