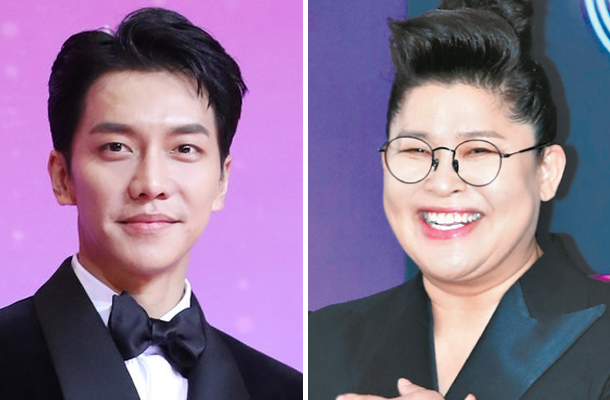 Major broadcasting companies SBS and MBC successfully wrapped up their end-of-the-year entertainment awards over the weekend, but the unexpected winners of the Grand Prizes of each show triggered mixed responses from the public.

Singer-turned-actor Lee Seung-gi was announced as the winner of the Grand Prize at the 2018 SBS Entertainment Awards, held Friday afternoon at SBS Prism Tower, located in Mapo, eastern Seoul, for his role in the SBS reality program “All the Butlers.”

Some websites were bombarded with negative comments - they also appeared on the Blue House petition board - arguing that Lee did not deserve the Grand Prize.

“We all expected [cook and entertainer] Baek Jong-won to receive [the prize,] considering the viewership rate and popularity [of the program he starred in,] which far surpassed Lee’s. This is not fair at all. We demand that Lee return his prize,” read a petition with over 300 signatures.

Another one, also with over 200 signatures, read, “Lee, [whose program had a] viewership rate of 7 percent? We [believe] that there has been a deal between Lee and SBS.”

Meanwhile, female comedian Lee Young-ja was awarded the Grand Prize at the 2018 MBC Entertainment Awards held on Friday afternoon at the MBC Media Center in Sangam-dong, eastern Seoul, for her role in MBC’s reality program “Omniscient Interfering View.” She was the first female winner in 17 years after comedian Park Kyeong-rim in 2001.

This is also Lee’s second Grand Prize this year. She also won a 2018 KBS Entertainment Award on Dec. 22.

Her first award provoked a lot of positive comments praising and congratulating her for hard work in variety of programs this year. But her second award provoked mixed responses.

“Lee did a good job of course, but Na-rae did great too! To the viewers, both of them deserved the Great Prize,” another one with over 6,000 likes said.