SOHN HAE-YONG
The author is the economic policy news editor of the JoongAng Ilbo. 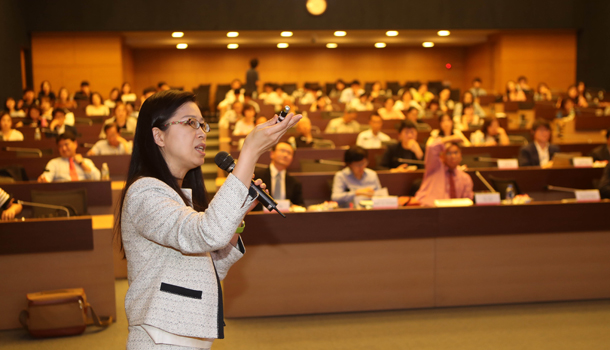 Korea is struggling with low birth rate, but there is a country with even lower birth rate: Singapore. According to the CIA’s 2017 World Factbook, its total birth rate is only 0.83. It is the lowest among the 224 countries surveyed. Korea’s birth rate is 1.26 at 219th place, five steps higher than Singapore. I’d like to talk about Singapore as there are certain points to learn from Singapore’s population policy as both countries have similar concerns.

In fact, it is nearly impossible to reverse the low birth trend. Sweden offered generous maternity and childcare leaves and France strengthened the state child care system, but even these efforts couldn’t boost the birth to more than 2.

When the birth rate falls, the population shrinks, decreasing production and spending, and shrinking the economy. Many developed countries chose immigration to lessen the impact. Here, immigration includes foreign students and migrant workers, as well as naturalization. Singapore is a country that welcomes immigrants. A full 30 percent of the total population are immigrants.

At first, Singapore accepted low-skilled workers from nearby Southeast Asian countries to make up for the shortage of labor, most notably house workers from the Philippines. A separate wage system for foreign workers, exempt from minimum wage rules, was established for these groups.

In 1999, high-tech workers in electronics and biotech were attracted, turning from simple labor to high-quality manpower. Singapore accepts nearly 50,000 immigrants every year, with a goal to add 1.3 million people by 2030.

Introducing these policies in Korea would come with adverse effects. Immigrants may take jobs from locals, and the wage level would go down. Crimes and loss of national character are also concerns. Nevertheless, it is unavoidable for Korea to shift the policy direction to become an immigration country like Singapore, considering the reality of the low birth and rapidly aging of the population.

We have a long way to go. While the need was identified in the late 2000s, Korea still does not have a systematic immigration policy. At this rate, Korea’s economic growth would fall to zero by 2036.

Oxford Professor David Coleman warns that Korea could be the first country to lose its entire population. We can no longer delay the discussion of immigration policy.