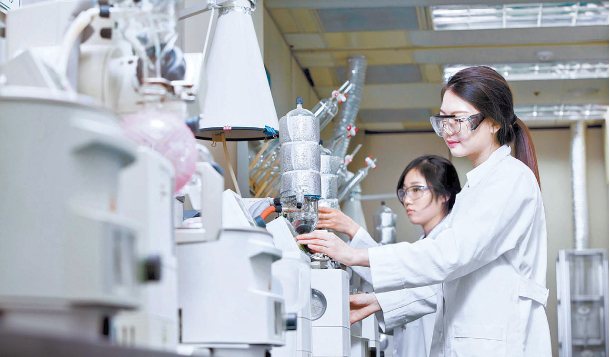 Korean pharmaceutical companies are entering 2019 with high expectations as several domestic drugs are expected to gain approval from overseas regulators this year.

Though the Samsung BioLogics accounting fraud scandal made 2018 a less-than-stellar year for the pharmaceutical industry, bio firms are ready to get back on their feet with new drugs and licenses.

Daewoong Pharmaceutical is one firm hoping to get the green light for sales of a product in the United States and Europe this year. Nabota, a botulinum toxin, or botox product, was submitted for approval to the U.S. Food and Drug Administration (FDA) and the European Medicines Agency in 2017.

Green Cross is another company awaiting FDA approval. Its I.V.-Globulin SN, an immunoglobulin product that treats immune deficiencies, is being reviewed by the agency.

Though the FDA postponed approval of the drug last September when it requested supplementary documents from the company, Green Cross is optimistic that it will eventually get the go-ahead since I.V.-Globulin SN is already being sold in both Korea and overseas markets, such as Brazil. 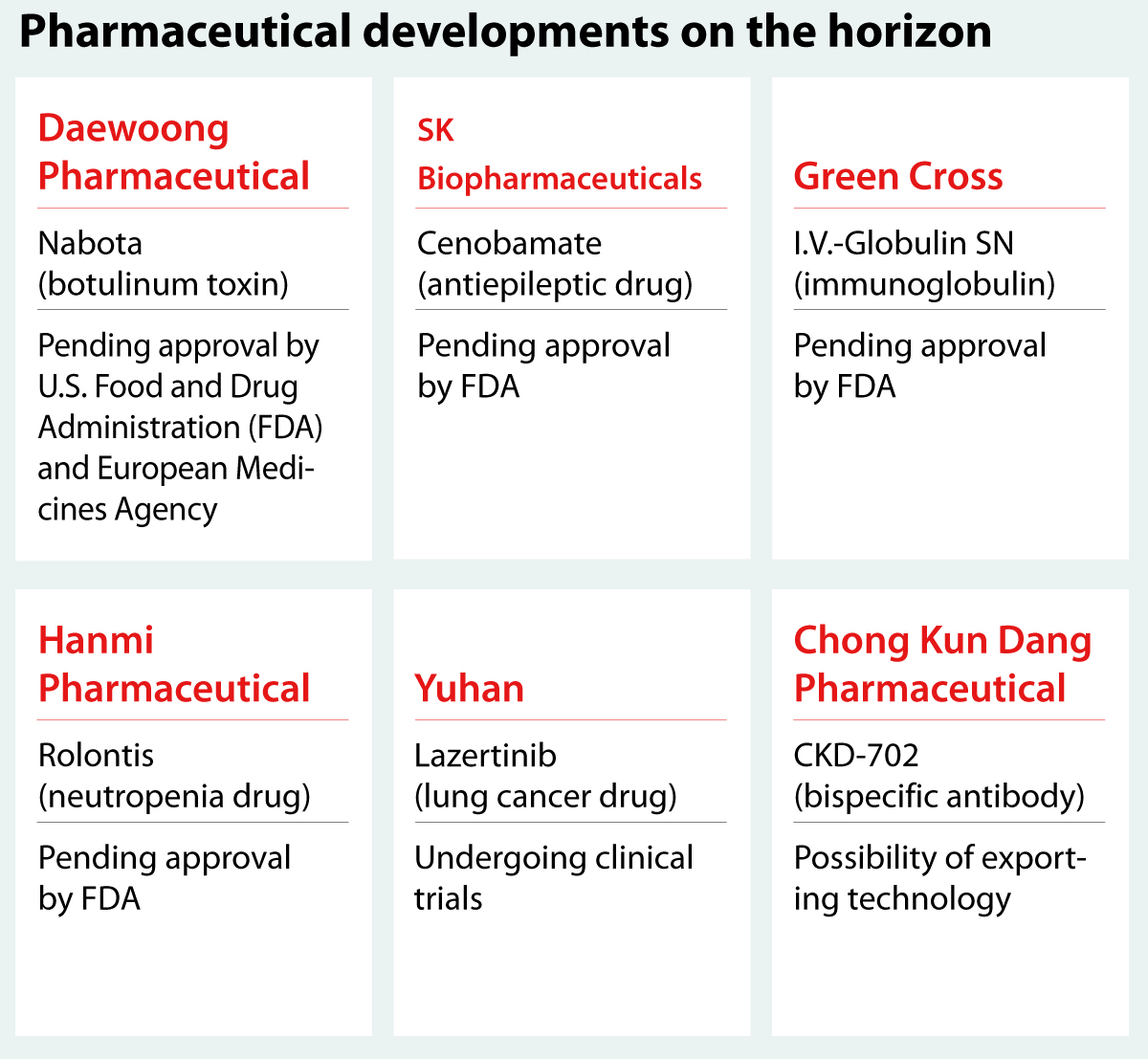 SK Biopharmaceuticals is waiting for the FDA to approve Cenobamate, an antiepileptic drug. Cenobamate is the first drug for which a Korean company has applied for FDA approval independently without going through global partner companies.

If the drug is approved, SK expects that Cenobamate will become a huge cash cow that can generate up to 1 trillion won ($898.8 million) in annual sales just in the United States. The United States is the world’s largest market for epilepsy drugs.

Last Thursday, Hanmi Pharmaceutical filed a license application for Rolontis, a drug intended to treat chemotherapy-induced neutropenia, with the FDA through Spectrum Pharmaceuticals. Hanmi is hoping to gain approval by the first half of 2020.

Korean drug makers are hoping to make progress with clinical trials and technology exports this year.

Yuhan is currently working with Janssen Biotech to conduct clinical trials for lung cancer drug Lazertinib. Two months ago, Janssen purchased out-licensing rights from Yuhan for Lazertinib in a deal valued at $1.25 billion.

One of Chong Kun Dang Pharmaceutical’s most highly anticipated drug candidates is the CKD-702 bispecific antibody, an artificial protein used for cancer immunotherapy. Given the growing interest in bispecific antibodies around the world, industry experts predict Chong Kun Dang will be able to export the drug technology as early on as the pre-clinical stage.