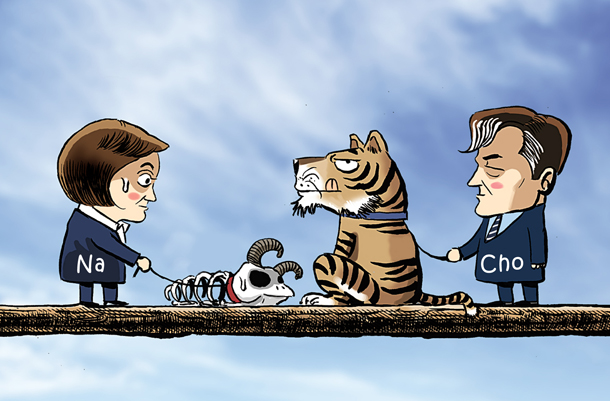 In a National Assembly Steering Committee meeting on Dec. 31, Rep. Na Kyung-won, floor leader of the opposition Liberty Korea Party, exchanged words with Cho Kuk, the senior presidential secretary for civil affairs, over the Blue House inspection team’s alleged spying on private citizens. When Na attacked Cho for telling lies with an old saying “Pretending that dog meat is mutton,” Cho counterattacked with another old saying “Three men can turn any animal into a tiger,” which means that if someone repeatedly makes a false accusation, it could sound true. Both Na and Cho were classmates at Seoul National University Law School.