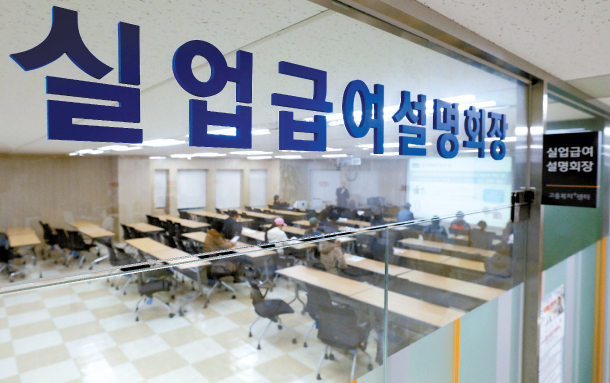 The new year is a time of resolutions, whether to lose weight, quit smoking or establish investment goals, and expectations are high that everything will be different from Jan. 1. Governments are much the same. They set targets to reach, from yesterday and for the next 363 days, and hope for the best.

The second year of the Moon Jae-in government has been a turbulent time.

It had its moments. Such as in April, when President Moon took the historic step of crossing the border with North Korea at Panmunjom with North Korean leader Kim Jong-un.

But it was also a time of setbacks, of disappointing job figures and worsening economic conditions as the president’s income-led growth policies failed to take hold.

But this year, the government hopes to turn the tide with major changes in regulation.

The reforms are wide ranging and significant, cutting both ways in terms of cost versus benefit. Taxes will be increased and taxes will be reduced, playing fields leveled, welfare programs expanded, subsidies offered and unfair business practices targeted.

While the main focus will be economic growth and the support of those in need, the policies will also incorporate more general social goals, such as promoting the expansion of the population and peace and safety throughout the land.

Births will be encouraged, cameras will be installed - as well as devices installed to locate hidden cameras - while efforts will be made to clean the air. With 292 regulations from 29 government departments, the campaigns run the gamut. The list includes regulations on dogs, the establishment of drone bases and the introduction of a lemon law. Religious organizations will be taxed.

Following are some of the highlights, and a good bit of detail, from the government’s laundry list for the new year. Promises, resolutions or policy, it is a helpful guide for 2019.

Korea’s low birth rate has been a major social issue. In the third quarter of last year, the most recent data available, 84,000 babies were born. That’s 10.3 percent, or 9,200, fewer than a year earlier. In September, 25,100 babies were born, a 13.3 percent drop year on year. For 34 consecutive months, the number of newborns has been falling compared to the previous year.

In hopes of turning the tide, the government has expanded support for couples trying to have babies. Previously, only couples whose incomes were below 130 percent of the medium income, or those already receiving medical support, were given financial aid for fertility treatments. The limit has been raised to 180 percent.

One of the biggest issues in 2018 was the lack of public child care facilities. But starting this year, in any new apartment complex with 500 households or more, a public child care center must be established.

Starting September, any family with a child who is younger than six years old will be able to receive a government allowance of 100,000 won a month. Previously, the allowance was only provided to lower-income households.

The government has additionally raised the subsidy for single parents.

A monthly allowance of 130,000 won has been given per child to single parents with an income below 52 percent of the nation’s median income. The child had to be younger than 14.

Payments to senior citizens will also be improved. The 250,000 won monthly pension allowance for low-income elders - those at the bottom 20 percent in terms of income - will be raised to 300,000 won this year.

The government plans to broaden the qualifications in 2021, allowing those in the bottom 70 percent in terms of income into the program.

The government this year is stepping up protection for women who have been abused.

It will, for the first time, be offering 5 million won to those who have left abuse protection shelters, while it plans to increase the number of digital sexual crime victim-support personnel from the current 16 to 26 and create five consulting centers for foreign women who are married to Korean men and suffer domestic abuse.

But since December, they only need to get recommendations from anyone who can verify their long-term relationship, whether it’s a co-worker or a neighbor.

Additionally, when getting naturalized, they will now have to take an oath and will receive a certificate. Until now, oaths have not been required and no certificates have been issued.

The government has also toughened up on public safety.

Under current rules, any dogs categorized as dangerous, including American pit bull terriers, Staffordshires and Rottweilers, are required to have muzzles when going outside. But when these dogs cause harm, the penalty is the same as for harm caused by smaller dogs.

Starting in March, dangerous dogs will be restricted from certain areas. People failing to muzzle these animals face fines of up to 3 million won ($2,700).

Starting this year, all public buses will be required to install video cameras, which are currently not mandatory. The government will also install equipment at all 260 bus terminals to help locate hidden cameras used by individuals seeking compromising footage.

In terms of the military, new methods of calling up soldiers and recruits will be added. So in addition to email and mail, the Military Manpower Administration can provide digital alerts by Kakao messenger.

Since 2017, the administration has championed improving the environment. With fine dust clouding the air much of the year, the government has decided to expand environmental programs.

The government estimates that out of the 23 million vehicles that are currently registered, more than 10 percent, or 2.69 million vehicles, are categorized as level five.

All private cars must also participate in the alternate-day, no-driving system. Under this system, on dates that end in odd numbers, vehicles where the last number on the license plate is an odd number are prohibited from traveling on roads in the greater-Seoul area, while on even days, those with an even last number on their plate are banned.

The government is also planning to subsidize ships more than 20 years in age for conversion to LNG fuel.

In hopes of boosting tourism starting this year, the government will upgrade airport infrastructure.

Currently, Jeju International Airport can accommodate 25.9 million travelers a year. The airport will be expanded to handle 31.8 million, a 22 percent increase.

The government has also decided to offer late-night tours at Changgyeong Palace, with opening hours running from 9 a.m. to 9 p.m, with and last entry at 8 p.m.

On Mondays, it will be closed. The late-night tour of Changgyeong Palace has become a favorite, attracting not only locals but also foreign visitors. Similar programs have been a success at other palaces, including at Gyeongbok Palace in Gwanghwamun Square, central Seoul. 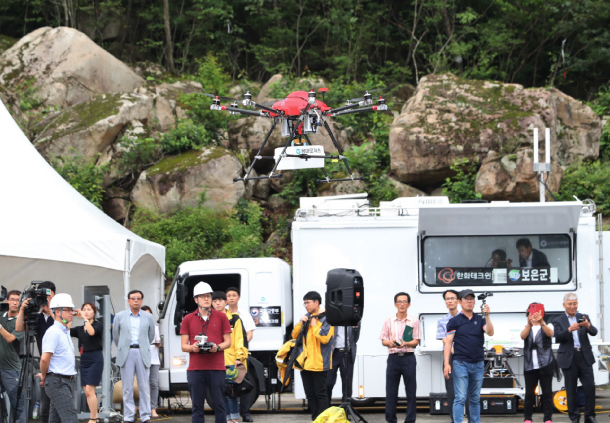 Enthusiasts fly drones at a testing center for industrial drones in Boeun County, North Chungcheong. The center, which opened in July 2017, conducts tests and safety checks on commercial drones. [YONHAP]

The government will continue its aggressive focus on fair-trade violations. Since its first year in office, the Moon administration has stressed level playing fields for small businesses while taking action against large companies abusing power.

Until now, nothing has been done to protect the small companies from the violation of their intellectual property by large competitors. But starting this year, the Ministry of SMEs and Startups will be allowed to investigate any technology infringement and will be able to order companies to alter practices. Violations will be made public in an attempt to name and shame.

In the second half of 2018, the government established a goal of setting up drone testing sites at three locations. Commercial drones will be tested at these facilities and safety checks conducted.

Drone development is one of the major initiatives of the government.

The government will adopt the latest technology for simplifying aircraft boarding. By installing CT X-ray machines in the second half of the year, flyers will no longer be asked to remove liquids or laptop computers from their luggage. In Gimpo International Airport, a trial run will be conducted of biometric authentication technologies, which use retina scans so that passengers will no longer have to show boarding passes.

From next year, car buyers will be allowed to ask for a replacement vehicle or a refund if the car they purchase has problems in the first two years of ownership. At present, no such “lemon law” protections exist.

Starting September, companies retaliating against individuals or businesses reporting anti-trust violations will have to pay up to triple damages.

Franchises must put clauses in contracts stipulating compensation for cases where a franchisee faces a loss as a result of acts damaging the public image of the brand.

In 2017, Mr. Pizza franchisees were heavily affected after the brand’s founder and chairman, Jung Woo-hyun, was embroiled in a scandal in which he physically and verbally abused a janitor who mistakenly locked the entrance of the headquarters, locking the chairman in. In October, a video emerged of a relative to the chairman of the Kyochon chicken franchise physically hitting staff and trashing a store.

Starting in April, major retailers will have to pay treble damages if they are found to have forced suppliers to sell their products at a discount. Malls and outlets will be prohibited from trying to unfairly profit from the successes of tenants by determining the rent based on business revenues instead of charging a fixed rent.