Kai and Jennie appear to be couple

Kai and Jennie appear to be couple 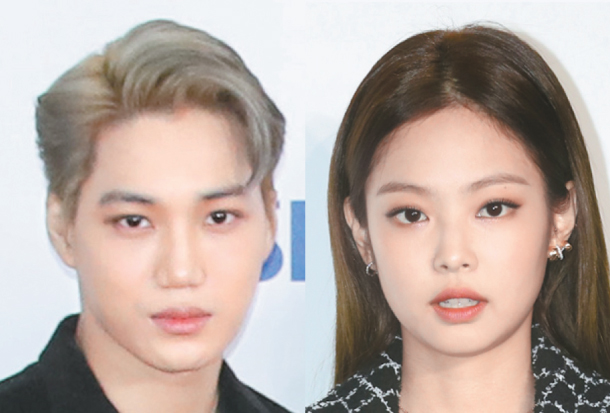 New year, new love - singers Kai from boy band Exo, left, and Jennie from Blackpink are said to be dating according to a report from entertainment news outlet Dispatch on Tuesday.

According to the report, the singers from two of K-pop’s hottest groups have been dating since October, and were caught on Nov. 25, having a date in Mapo District, western Seoul, by photographers from Dispatch.

Kai uploaded a picture of himself standing in a quiet park on his Instagram account taken on the same day, which was likely taken by Jennie.

The couple was spotted a second time on Dec. 2, after Kai returned from a trip to Hawaii. He reportedly drove straight to Jennie’s dorm with a bag full of presents in his hands.

While Jennie’s agency YG Entertainment stated that they were completely unaware of their relationship, Kai’s agency SM Entertainment said that “the two have good feelings for each other,” but refused to give a clear comment on the news.

Dispatch, an entertainment news outlet known for revealing celebrity relationships, has broken the news of star couples on New Year’s Day every year since 2013.

On the first day of 2013, they reported that actor Kim Tae-hee and singer Rain were dating. The two tied the knot in January 2017, and gave birth to a healthy baby girl that autumn.

On Jan. 1, 2014, the outlet reported that singer Lee Seung-gi and Yoona from Girls’ Generation were dating. The two broke up in August 2015 “due to their busy schedules.”

Last year’s news was perhaps the biggest one yet. Dispatch reported that G-Dragon from boy band Big Bang was dating actor Lee Ju-yeon, a former member of girl group After School. The two denied the rumors, but were seen together multiple times after the news had broke.