Wanna One members to go solo

Wanna One members to go solo 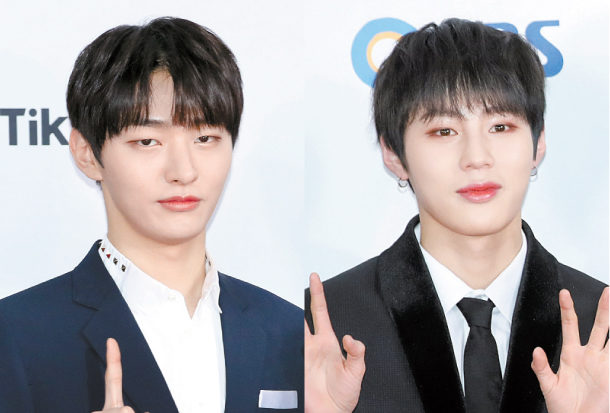 Yoon Ji-sung, left, of the newly-disbanded boy band Wanna One will release a solo album in February, followed by other Wanna One member Ha Sung-woon a week later.

According to a report by Sports Seoul, Yoon will make his solo debut on Feb. 20, and Ha will make a release a week later. They are the first two members of the 11-member group to go solo after they spent a year and a half together.

Following his solo release, Yoon is set to begin his mandatory military service in the first half of 2019.

Wanna One debuted in August 2017 as a project group launched by entertainment conglomerate CJ ENM, its members chosen through the second season of an audition program on cable channel Mnet’s show titled “Produce 101.”

Yoon, who was voted as the leader of Wanna One by its members, will especially be welcomed by fans.

Prior to making the group, he had spent seven years training but had never been able to debut, possibly due to his relatively old age for a K-pop star at 28.

On the other hand, Ha had already made his debut as a part of the boy band Hotshot in 2014. He will be performing both with the group and on his own.