A big year for China

A big year for China 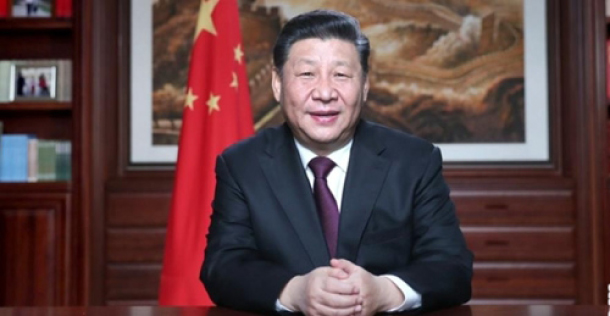 The Year of the Pig will see China flooded with anniversaries, both celebratory and ones to be wary of.

Jan. 1 was the 40th anniversary of diplomatic ties between the United States and China. 10 years ago, U.S. President George W. Bush and Chinese President Hu Jintao exchanged celebratory messages. They acknowledged cooperation in the aftermath of the Sept. 11 terror attacks and global financial crisis. The mood has changed. Three days ago, U.S. President Donald Trump and Chinese President Xi Jinping had their 14th telephone call and blithely talked about “great progress” and “mutual respect.” The Chinese foreign ministry sent a statement instead of a contractionary message.

March 10 is the 60th anniversary of the Tibet Uprising, when the 14th Dalai Lama fled Lhasa and took exile in India. In 1959, tens of thousands died in the armed conflict and bloody suppression. Tibet had three more periods of unrest, in 1989, 2008 and 2012.

As Korea celebrates the centennial of the provisional government in Shanghai on April 11, China is to hold the Belt and Road Forum for International Cooperation. Xian was considered as the host city, but it will actually take place in Beijing.

May 7 is the 20th anniversary of the U.S. Air Force’s accidental bombing of the Chinese embassy in Belgrade, the capital of former Yugoslavia.

On June 4, the Tiananmen Square protests turn 30. State Council spokesman Yuan Mu, who stated that only 23 students died from universities in Beijing and that nobody died at Tiananmen Square, passed away last month. Xi did not send condolence flowers to his funeral.

The Central Political and Legal Affairs Commission pledged a stable year three days ago. It is the prelude to tightened public security.
July 2 is the 60th anniversary of the Lushan Conference, where Mao Zedong and Peng Dehuai clashed. Peng blamed Mao for the failed economy from communist experiments. Mao struck back with an anti-rightist struggle.

Oct. 1 is the 70th anniversary of the founding of the People’s Republic of China. China will flex its muscles with a military parade in Tiananmen Square. North Korea and China’s closeness is noteworthy. In 1959, Kim Il Sung stood at the Tiananmen Tower to view the parade, and Workers Party Chairman Choe Yong-gon attended the event in 1969.

Oct. 6 is the 70th anniversary of diplomatic relations between North Korea and China. China’s foreign minister Tang Jiaxuan visited Pyongyang in 1999 and Premier Wen Jiabao in 2009 around the anniversary. This year, Xi announced that he would make his first visit to North Korea.

South Korea’s diplomacy is noteworthy this year as North Korea and China show off their closeness.