E-Land’s owners step down from management

E-Land’s owners step down from management 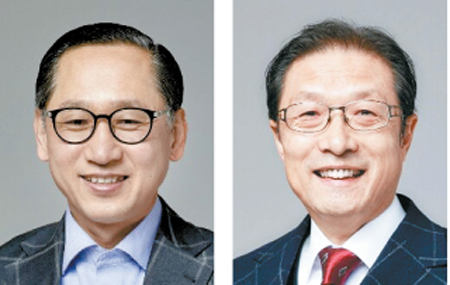 Owner family members of fashion conglomerate E-Land Group stepped down from management on Thursday, handing over the helm to younger executives internally promoted to leadership roles.

The move comes in an effort to rejuvenate its governance structure to strengthen the role of the board of directors of each affiliate and enhance their autonomy when it comes to making business decisions.

Founder Park Sung-su, 65, will step down from the day-to-day management of the group while remaining chairman. He will focus on nurturing next-generation leaders and developing new businesses instead of being directly involved in the management of subsidiaries.

“In the past, our chairman made a lot of important decisions across the group, but since late 2016, we’ve been making preparations to give more autonomy to affiliates and develop their capacity to make business decisions on their own,” said an E-Land spokesman.

Park’s younger sister Park Sung-kyung, 62, also stepped down from her position as vice chairwoman of the group. Having worked at E-Land for more than 12 years, Park has led the group when it comes to external affairs in the last few years. She also managed E-Land’s global operations, including in China.

Stepping aside from management, Park Sung-kyung will chair the board of directors of the E-Land Welfare Foundation, which pursues charity activities inside the group.

E-Land also promoted a handful of top executives in their 30s and 40s to head up their respective business divisions.

Choi Wan-sik was promoted to CEO of E-Land World’s fashion division. Choi previously gained recognition for his performance as the director of Spao.

At E-Land Park, which manages the group’s resorts and restaurant chains, 35-year-old Kim Wan-sik took over the reins as the subsidiary’s head of restaurants, which includes buffet franchises Ashley and Pizza Mall.