In need of some friends

In need of some friends 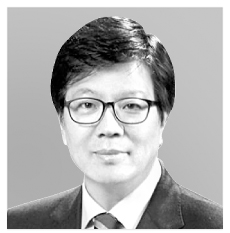 Lee Myong-chan
The author is a fellow at the Northeast Asian History Foundation.

There seems to be no end to the furrow in the relationship between South Korea and Japan. Bilateral relations took a dip after the Supreme Court in October ordered Nippon Steel & Sumitomo Metal to pay four Koreans 100 million won ($88,940) for wartime forced labor. Kimiya Tadashi, professor and director at the Center for Korean Studies at University of Tokyo, observed that the ruling has had a decisive influence on the Japanese over their sentiment toward Korea, while Koreans regard it as just another cause of friction.

Japan believes the Korean top court rulings have overruled the 1965 Treaty on Basic Relations that have defined the relationship of the two countries.

Tokyo claiming a South Korean destroyer locked its radar on a Japanese surveillance plane last month also stems from its disgruntlement toward Seoul. The liberal Moon Jae-in government’s disbandment of the foundation, established symbolically to end the conflict over wartime sexual slavery with final compensations based on an agreement with the former Park Geun-hye administration on Dec. 28, 2015 and the highest court rulings on Japanese companies to compensate for forced labor, only aggravates things.

Tokyo boycotted an international naval event among allies on Jeju Island in protest of Seoul’s call for its warship to hoist its national flag rather than Japan’s rising sun flag, a symbol of military imperialism, and protested Korea’s naval exercises at the Dokdo Islets, the location of a territorial dispute. Prime Minister Shinzo Abe outright criticized South Korean President Moon Jae-in for his policy on Japan. 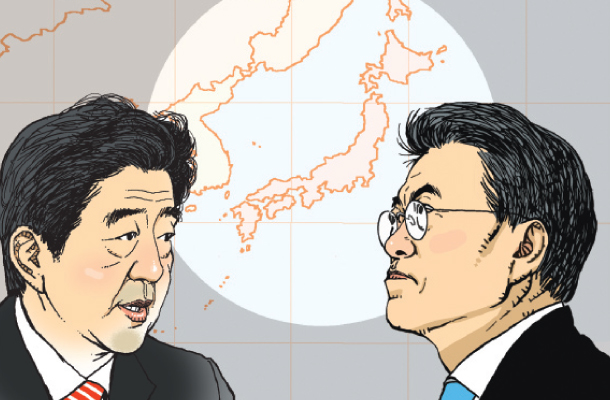 Several factors are behind the renewed conflict between the two neighbors. First is the structural change in the powers of the two nations. When Korea struck the basic treaty in 1965, it was still recovering from the 1950-1953 Korean War. Japan, already an economic powerhouse, was 10 times the size of South Korea. Now, the economy is deemed 2.5 times bigger than Korea’s. Korea can speak more assertively based on the facts as it no longer needs to feel inferior to Japan on economic grounds.

Japan, on the other hand, has become apprehensive and more conscious of Korea, having already lost the top rank in Asia as well as the second rank globally in economic size to China.

It no longer can be condescendingly tolerant to the demands of Korean wartime victims. There is no denying that Japan is the wrongdoer and Korea the victim of its aggressions, but Koreans have nevertheless been insensitive to the feelings of Japanese people from the sudden shift in the Asian order.

The different political climates in Korea and Japan are another factor. Technocrats and industrialists that placed modernization as the top priority were the leaders at the time Korea signed the 1965 treaty with Japan. Today’s ruling power in Seoul are the forces behind a democratization movement revolting against the military regime that compromised with Japan.

Since the end of the Cold war, Korea and Japan have gone different ways to cope with changes in geopolitical order — primarily involving the United States and China. The United States has always been Korea’s most important ally. China has become Korea’s biggest trade partner and strategically important due to its influence over North Korea. To Korea, it cannot choose between the U.S. and China as both are crucial to its wellbeing.

Japan, on the other hand, has to rely on the United States more to join forces to rein in the rise of China. Tokyo cannot see Asian hegemony fall into Chinese hands. Seoul benefits if Washington and Beijing get along well, while Tokyo would be happier with them in conflict.

The leaders of Korea and Japan are also poles apart on the ideological page. Abe is a nationalistic conservative and revisionist defying Japan’s past. The Japanese media is critical of Moon for his leftist agenda. It thinks Moon prioritizes the improvement of inter-Korean ties and divides its entire diplomatic attention between Pyongyang, Washington and Beijing, neglecting Tokyo.

Tokyo recently has been squeezing in to ride on the standoff between Washington and Beijing by cozying up to Beijing. Seoul should stop its unhelpful wrangling with Tokyo and form a truce to jointly address the challenges from the United States and China at economic war. It must try to normalize the relationship for the reciprocal interests of the two nations.