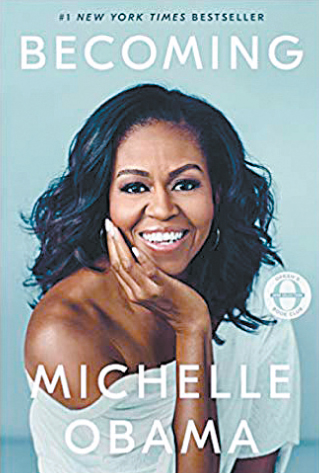 An intimate, powerful and inspiring memoir by the former first lady of the United States.

In a life filled with meaning and accomplishment, Michelle Obama has emerged as one of the most iconic and compelling women of our era. As first lady of the United States of America - the first African-American to serve in that role - she helped create the most welcoming and inclusive White House in history, while also establishing herself as a powerful advocate for women and girls in the United States and around the world, dramatically changing the ways that families pursue healthier and more active lives, and standing with her husband as he led America through some of its most harrowing moments. Along the way, she showed us a few dance moves, crushed Carpool Karaoke, and raised two down-to-earth daughters under an unforgiving media glare.

In her memoir, a work of deep reflection and mesmerizing storytelling, Michelle Obama invites readers into her world, chronicling the experiences that have shaped her-from her childhood on the south side of Chicago to her years as an executive balancing the demands of motherhood and work, to her time spent at the world’s most famous address. Warm, wise, and revelatory, Becoming is the deeply personal reckoning of a woman of soul and substance who has steadily defied expectations-and whose story inspires us to do the same. 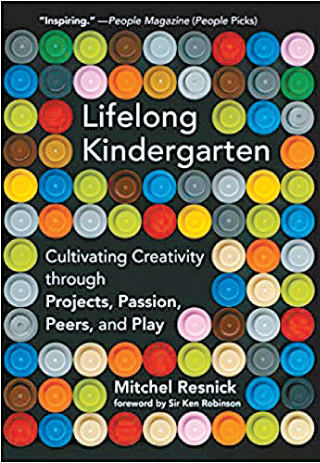 How lessons from kindergarten can help everyone develop the creative thinking skills needed to thrive in today’s society.

In kindergartens these days, children spend more time with math worksheets and phonics flashcards than building blocks and finger paint. Kindergarten is becoming more like the rest of school. In “Lifelong Kindergarten,” learning expert Mitchel Resnick argues for exactly the opposite: the rest of school (even the rest of life) should be more like kindergarten. To thrive in today’s fast-changing world, people must learn to think and act creatively - and the best way to do that is by focusing more on imagining, creating, playing, sharing and reflecting, just as children do in traditional kindergartens.

Drawing on experiences from more than thirty years at MIT’s Media Lab, Resnick discusses new technologies and strategies for engaging young people in creative learning experiences. He tells stories of how children are programming their own games, stories, and inventions (for example, a diary security system, created by a 12-year-old girl), and collaborating through remixing, crowdsourcing, and large-scale group projects (such as a Halloween-themed game called Night at Dreary Castle, produced by more than twenty kids scattered around the world). By providing young people with opportunities to work on projects, based on their passions, in collaboration with peers, in a playful spirit, we can help them prepare for a world where creative thinking is more important than ever before. 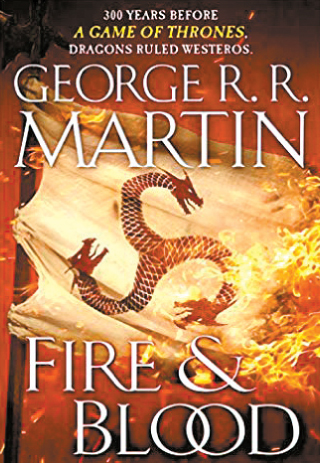 The thrilling history of the Targaryens comes to life in this masterly work by the author of “A Song of Ice and Fire,” the inspiration for HBO’s “Game of Thrones.”

Centuries before the events of “A Game of Thrones,” House Targaryen - the only family of dragonlords to survive the Doom of Valyria - took up residence on Dragonstone. “Fire & Blood” begins their tale with the legendary Aegon the Conqueror, creator of the Iron Throne, and goes on to recount the generations of Targaryens who fought to hold that iconic seat, all the way up to the civil war that nearly tore their dynasty apart.

What really happened during the Dance of the Dragons? Why was it so deadly to visit Valyria after the Doom? What were Maegor the Cruel’s worst crimes? What was it like in Westeros when dragons ruled the skies? These are but a few of the questions answered in this essential chronicle, as related by a learned maester of the Citadel and featuring more than eighty all-new black-and-white illustrations by artist Doug Wheatley.

Readers have glimpsed small parts of this narrative in such volumes as “The World of Ice & Fire,” but now, for the first time, the full tapestry of Targaryen history is revealed.