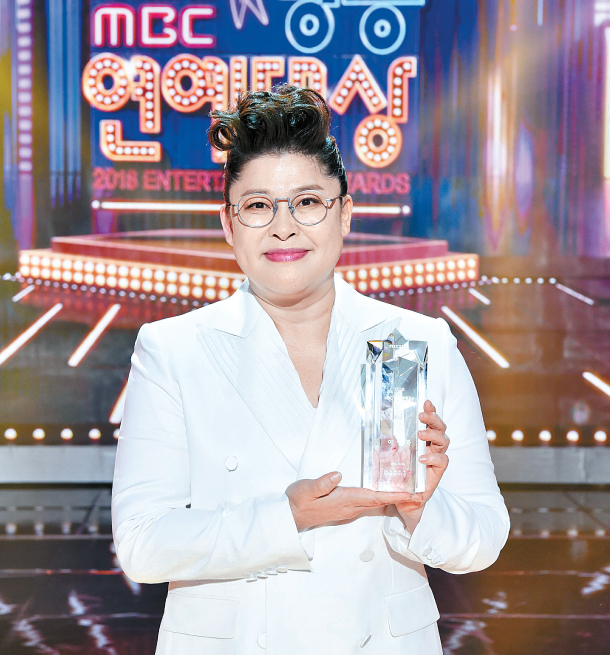 Last year was huge in the Korean entertainment scene. Major entertainers, such as BTS and female comedian Lee Young-ja, had a notable impact on the landscape. However, at the entertainment and drama awards presented by Korea’s three major TV channels, KBS, MBC and SBS, as well as their music awards festivals, many of their 2018 success stories fell by the wayside.

KBS and SBS held their drama awards on the evening of Dec. 31. Though these major channels may have surrendered much of their viewership to cable channels, whose popularity continues to grow, KBS still managed to record 37 percent viewership with their weekend drama “Marry Me Now.”

The grand prize went to both Yoo Dung-kun from “Marry Me Now,” as well as Kim Myung-min from a mini series entitled “The Miracle We Met,” which saw a 13 percent viewership. KBS jointly awarded two actors with the award for the fourth year in a row. It wasn’t just the grand prize - the Best Actor and Best Actress awards both went to two actors.

SBS had a somewhat different situation on their hands. While their 2018 dramas “Return” and “The Last Empress” have experienced steady viewership, “Return” had to change its lead actor Ko Hyun-jung to Park Jin-hee because of Ko’s conflict with the show’s staff. “Empress” is still halfway through its 48 episodes, so it cannot receive an award. The grand prize went to the lead actors of “Should We Kiss First,” Kim Sun-a and Gam Woo-sung. It did receive some praise for its realistic portrayal of mid-life romance, but it lost its audience halfway through the season.

MBC held their awards a day earlier, on Dec. 30. It reminded many viewers of a kindergarten game where everyone gets a sticker for “participation.” The channel decided to break down the Best Actor and Best Actress prizes into four categories - Monday and Tuesday dramas, Wednesday and Thursday dramas, weekend dramas and daily dramas - and it gave many joint awards.

“This just shows how meaningless the awards have become. The three channels need to come together and form a single award to win back the trust of the audience,” said Gong Hee-jung, a drama critic. 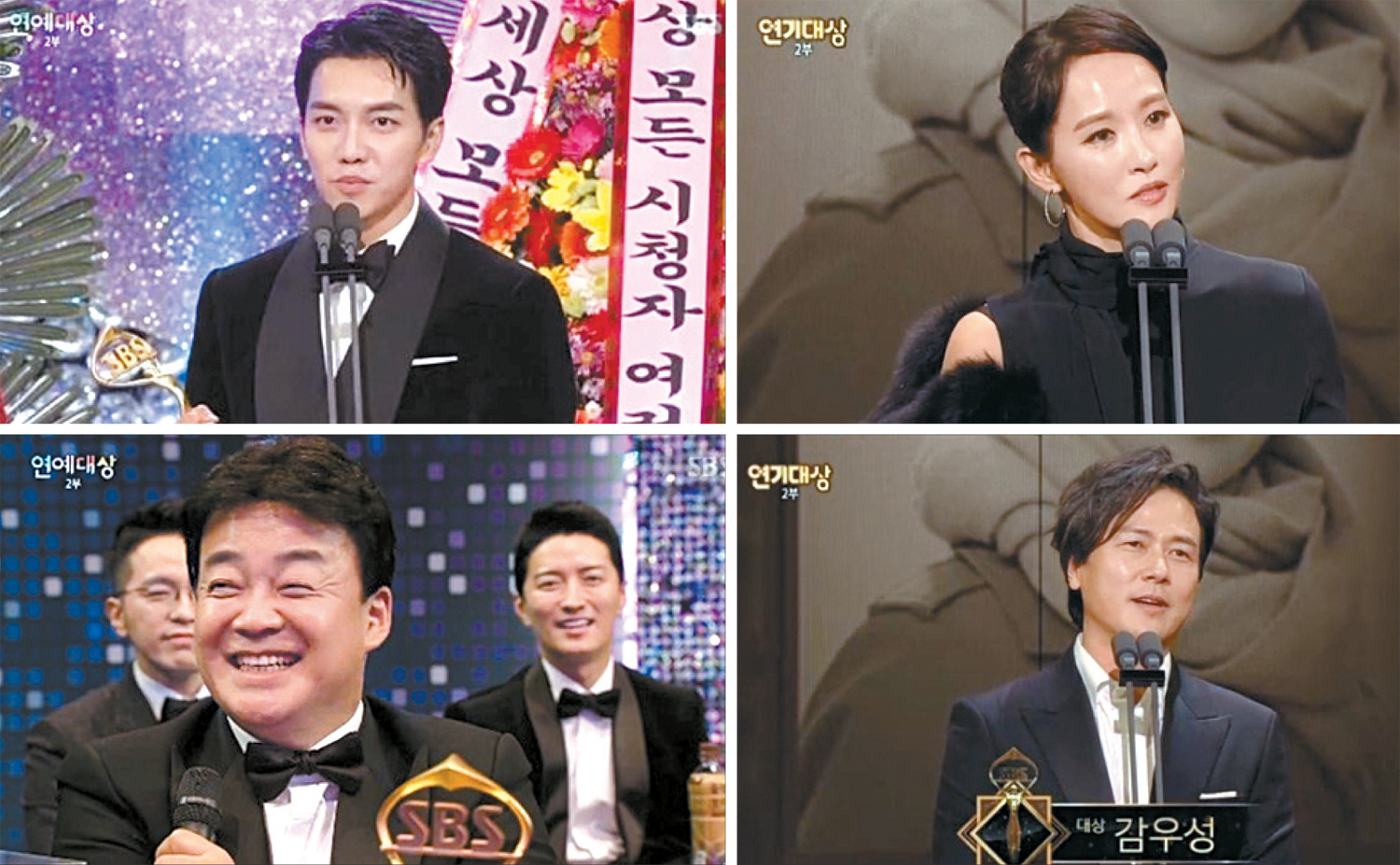 The situation was much better with the entertainment awards. Few argued with comedian Lee Young-ja receiving the grand prize at the 2018 KBS Entertainment Awards on Dec. 22. She also became the first female entertainer to hold the title of the double gold medalist, as she was awarded the grand prize by MBC on Dec. 29. “They say it’s not over until it’s over,” said Lee at the MBC Awards. “That really is life. I hope that people would look at me and gain faith in themselves.”

Her role in popularizing the shows “Hello Counsellor” (KBS) and “Omniscient Interfering View” (MBC) was big, but she also spread the idea of body positivity by proudly exposing her everyday body, which earned her great support and applause from viewers. “Lee Young-ja herself had to go on a break because of her diet many years ago,” said television critic Kim Seon-yeong. “But the fact that she’s now standing proudly in front of food has earned support from female viewers. And it also shows the social changes that are taking place.”

SBS Entertainment Awards became a laughingstock when it decided to endow its grand honor to singer-turned-actor Lee Seung-gi instead of entertainer and cook Baek Jong-won. Lee’s program “All the Butlers” had 7 percent viewership, while Baek’s “Baek Jong-won’s Street Alley” had over 9 percent viewership.

But the worst by far were the musical awards festivals. Every year, the channels hold a big music show to celebrate the year’s successes. This year, nobody would argue that the biggest stars in K-pop were boy band BTS, but the three channels apparently thought differently. While BTS was featured at the events, the grand finale was given to Exo, entertainment conglomerate SM Entertainment’s biggest star. BTS performed right before them at each of the three music festivals.

“We wouldn’t know how the situation came about, but it’s enough to have some people suspect that SM Entertainment had something going on with the channels,” said pop-culture critic Ha Jae-geun. “People have to be able to believe that they will be rewarded for their hard efforts. But the TV channels don’t let us believe that. We had such a historic year with BTS in 2018, but the channels managed to let that down too. The channels need to play fair in order to regain their lost trust.”