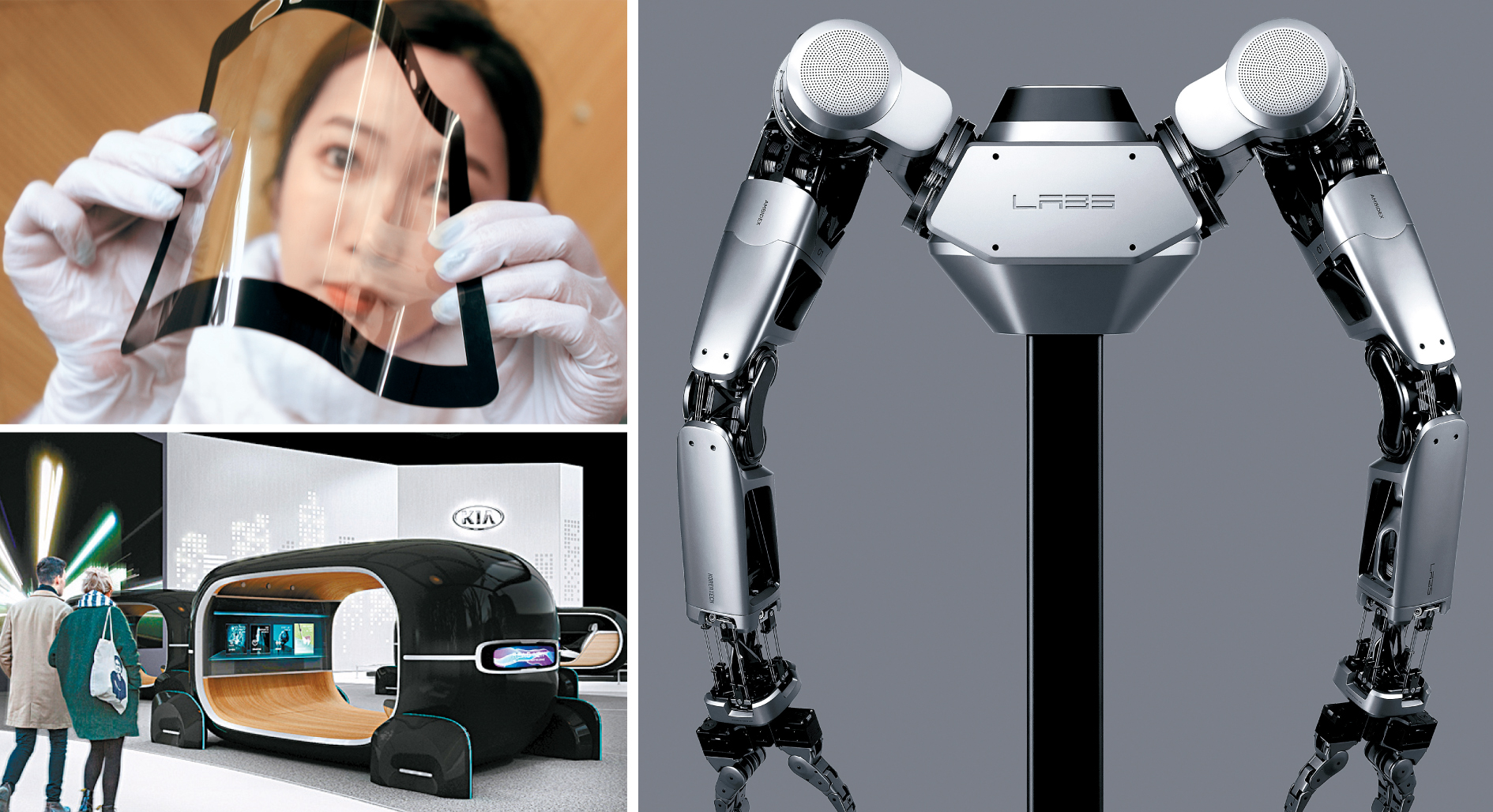 When the consumer electronics show (CES) first began in 1967, pocket radios and other home electronics were all the rage. More than 50 years later, connectivity has expanded the scope of technology’s effect on our daily lives far beyond the wildest dreams of those early tech pioneers. This year’s CES, which kicks off tomorrow in Las Vegas, offers a glimpse of a future powered by artificial intelligence (AI) and superfast 5G networks.

The four-day trade show will be attended by more than 4,500 companies from 155 countries. Although there is no exact figure, about 200 Korean companies are expected, including start-ups and chaebol affiliates.

While the competition among premium television makers, a traditionally competitive field in the home electronics sector, is expected to be as fierce as ever, newer technologies like self-driving cars and robotics will take up a bigger share of the show than ever before.

Among the newcomers from Korea, some large companies, like SK and Naver, will make their debut at the event.

Both companies released 8K televisions last year, but this year’s products will have upgraded panel sizes. LG Electronics will show off an 88-inch 8K OLED TV, which is the biggest size among all existing OLED products. Samsung is expected to unveil a 98-inch 8K QLED screen.

Television has always been a major battlefield at the electronics show. But whereas in the past the competition was mainly centered on size and pixels, these days the only way for companies to differentiate their products in the saturated industry is by adding something extra - AI.

Samsung will take its “The Frame” QLED television to CES this year. The Frame is powered by the company’s AI assistant software Bixby to understand vocal commands and link users to content on Netflix or YouTube. It will also unveil a new function, dubbed “remote access,” that allows consumers to remotely access and control desktops and smartphones through a television screen, including browsing the web and creating documents for work.

LG’s new AI-powered television at CES will have an Amazon Alexa button added to the remote control, as well as LG’s AI platform ThinQ and Google Assistant, added last year. The company explained that this covers 80 percent of all AI platforms currently used worldwide. LG also brushed up on its technology so that it could understand vocal commands and remember prior answers to embark on longer conversations. 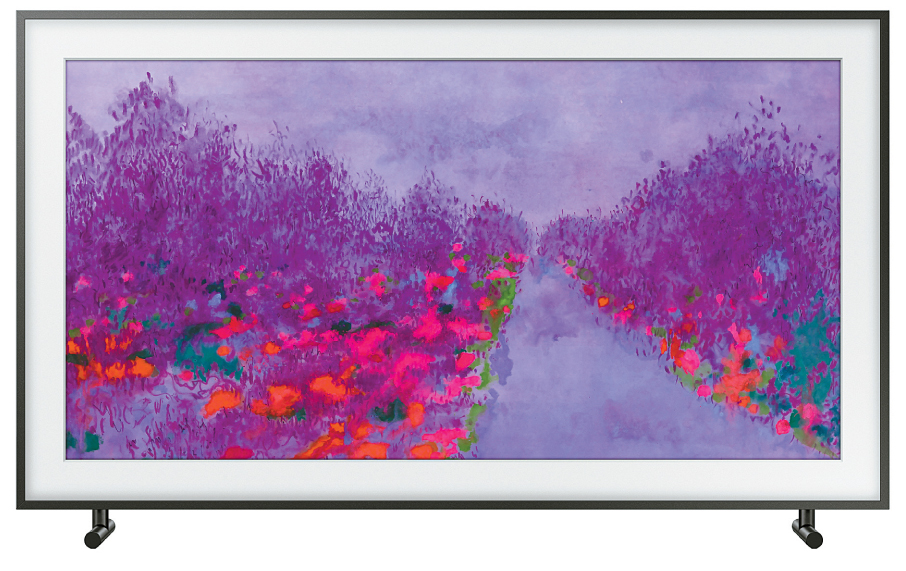 U.S. magazine Variety reported last month that Samsung may announce the integration of Google Assistant in its TVs as well. Until now, the company has kept a more conservative stance, solely applying Bixby to their products.

This is not the first time that an AI assistant has been installed in a television, but while the technology was previously about answering questions, smart TVs presented this year will be able to do a bit more than that: they will engage in longer conversations and offer more personalized content choices.

“The thing about AI platforms is that they evolve: the more consumers use them, the more data they collect,” explained an LG spokesperson. “Based on this information, the software understands each user more and suggests the best content according to the individual’s taste.

“In the future, the competitiveness of TV will depend on how precise and correct they manage to do that.”

The popularity of robots and AI assistants will continue at this year’s CES.

“It’s been years since robots started appearing at CES, and although they’ve garnered attention, their functions and form always fell short in terms of practicality,” said Kwon Sung-ryul, an analyst at DB Financial Investment. “CES 2019 is expected to offer more robots that are closer to our everyday lives, such as medical and industrial robots, and artificial joints.”

LG will introduce an updated version of its CLOi SuitBot to support the waist. It is a wearable robot that can be worn around the waist and supported with straps above the knees. The main function is to add strength to the waist when one bends down to pick something up. It can automatically perceive when somebody bends down.

The company explained that the robot will be particularly useful for people with jobs that involve repeatedly bending while moving heavy objects, which frequently causes injuries that can persist for years.

Naver Labs, a tech research body under the portal giant, will showcase a robot arm called “Ambidex,” which won the CES 2019 Innovation Award announced in November. The arm weighs just 2.6 kilograms (5.7 pounds) and operates so fluidly that is deemed safe to work with humans. It also has the capacity to develop itself through deep learning.

Most robot arms are used for industrial purposes and weigh at least 20 kilograms, making them heavy and dangerous for their human coworkers.

“Ambidex’s low weight and flexible joints that mimic human arms make it possible to safely shake hands, hug people, engage on cooperative work and even play sports,” the company said, adding that the technology will prove to be meaningful in developing robots “that can offer labor in close proximity to people, like cooking, cleaning, serving and nursing.”

Connectivity: the future of cars

Another area that is being disrupted by artificial intelligence and 5G networks is that of vehicles. With the rise of self-driving cars, tech that ensures the safe and swift transfer of data to allow drivers to take their hands off the wheel has taken up significant place at CES in recent years.

Among the different technologies that component manufacturer Hyundai Mobis will show off in Las Vegas this year is a virtual touch system that allows drivers to wave their fingers in the air to control different functions of the car, instead of pushing buttons. An internal camera understands commands by looking at where the driver is pointing.

The company is also bringing two local start-ups that it has selected to collaborate with for future car components. One of those start-ups, Linkflow, has technology to make car windows that become panoramic screens from the inside, allowing passengers in self-driving vehicles to watch movies or surf the web when they don’t need to be looking at the road.

The other start-up is Genesis Lab - no relation to Hyundai Motor’s car brand of the same name - which is able to change music or lighting in the vehicle according to a driver’s emotions, perceived by facial expressions and voice tone.

“I’m expecting that technology to provide the right content according to a driver’s emotions will come to have high demand potential,” said Lee Young-bok, Genesis Lab’s CEO.

Affiliate Kia Motors will also showcase its Real-time Emotion Adaptive Driving - or R.E.A.D. - system that optimizes the cockpit in a way that best suits the driver’s emotional state. Through sensors on a camera and the driving wheel, the vehicle remembers how the driver’s emotions are affected by internal settings and driving conditions to summarize which environment they are most satisfied by during the drive.

Sensor technology has been developed for cars before, but whereas in the past the focus has been on detecting emergency situations like unexpected strokes or dozing off, the R.E.A.D. system offers more proactive functions to optimize the driving environment to each individual, the company said.

Having started off as a trade show for home electronics, there was a time when Samsung and LG were the only prominent Korean companies that set up booths at CES.

Nowadays, the line between home electronics and less physical technologies has more or less disappeared, and the number of local companies participating has skyrocketed at what is now considered a massive annual gathering of IT firms from around the world.

Among the notable newcomers this year is portal giant Naver. Apart from Ambidex, its subsidiary Naver Labs will also show off more than 10 products and solutions at an exhibition booth focused on two core research themes: mobility and location.

Among other things, Naver will take a self-driving robot that has sensors to map out an indoor space and an AR navigation app that offers directions by showing arrows on a camera-projected screen.

“We’re hoping it will be widely adapted on flexible devices like smartphones and tablets in the future,” said a company spokesperson.