North’s envoy to Italy may want to go to U.S.

North’s envoy to Italy may want to go to U.S. 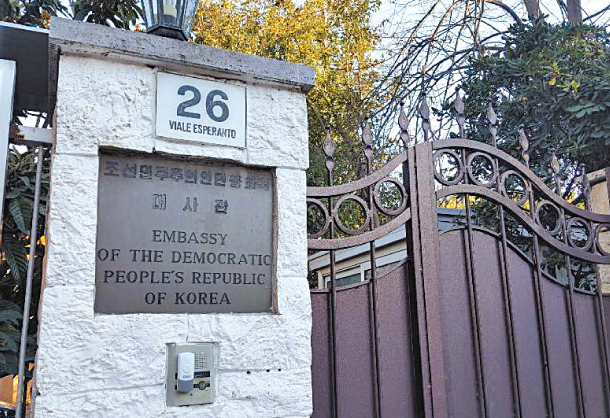 The paper said that Jo requested assistance from the Italian government in mid-November and that since then the governments and intelligence services of Italy and the United States have been in contact over the case.

The paper quoted sources that said the U.S. government likely communicated with the Italian government to keep the incident from leaking to the media, but the news broke from the South Korean media.

The JoongAng Ilbo reported exclusively last week that Jo, according to a diplomatic source, sought protection from the Italian government sometime in early December while seeking asylum in an unnamed Western country.

Following the report, South Korea’s National Intelligence Service confirmed to the National Assembly on Thursday that Jo had disappeared in early November.

“With the second North-U.S. summit approaching, government officials would not want the media spotlight on Jo’s disappearance,” a diplomatic source in Italy told the JoongAng Ilbo. “But it is likely that the South Korean and U.S. governments have discussed the incident and agreed on the course of action before the National Intelligence Service confirmed Jo’s disappearance to the National Assembly.”

U.S. President Donald Trump said last week in his first cabinet meeting of the year that he is looking forward to meeting North Korean leader Kim Jong-un after he received a letter from Kim that said he is ready to meet with Trump again “anytime.”

Another local paper in Rome, Corriere della Sera, reported that Jo was actually found in a third country in November before he was offered protection by the Italian government.

It said that after Jo went missing in November, the Italian Foreign Ministry allegedly notified the country’s intelligence services, which located Jo in a third country and brought him back to Italy where he was offered protection, and the U.S. government was contacted with his asylum request.

“Italian intelligence services are extremely capable agencies and they will take this case of Jo very seriously, given its importance,” the diplomatic source told the JoongAng Ilbo.

Another local media outlet, Il Messaggero, said that Jo may have successfully found asylum in a third country in Europe, possibly the United Kingdom.

South Korea’s National Intelligence Service said it has not been in contact with Jo as of Friday. While it said that Jo disappeared with his wife, the agency could not confirm whether their two children, said to have been staying with them in Rome, disappeared together. A member of the Italian parliament, Antonio Razzi, told La Repubblica on Friday that Jo likely chose to defect for his children’s education.

“Jo is a man of few words who seems to give careful thought to everything and he appeared to have strong patriotic feelings for his country,” Razzi said. “So I couldn’t believe it when I first heard that he had disappeared. I think it’s because of his two children.”

Razzi said he has known Jo since he visited Pyongyang years ago, when Jo was his interpreter.

“He told me he would first go on a tour of Italy with his family [before returning at the end of his post],” Razzi told the Washington Post Thursday, adding that he “would never have expected him to defect” because Jo seemed “terribly fond of his country,” and expressed “woe to those who’d speak ill of it.”