The KBO’s highly competitive free agent (FA) market has frozen over this year. 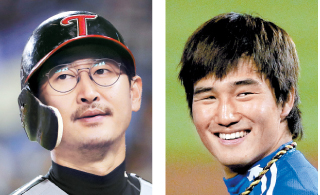 After the NC Dinos signed a huge deal with Yang Eui-ji in December, no club has announced any further moves in the market. As a result, 11 players are left without a club to play for in the 2019 season, which begins in less than three months.

Once the 2018 season ended, 22 players earned their FA status, but only 15 registered as FA players. The Dinos were the first club to sign an FA player, re-signing a three-year contract with Mo Chang-min. Then, the 2018 Korean Series Champion SK Wyverns successfully retained their two players - third baseman Choi Jeong and catcher Lee Jae-won.

The largest reason behind the clubs being hesitant to splash out in the FA market is the general reduction in spending this year. Ahead of the 2019 season, the KBO limited clubs’ spending on any new foreign player to $1 million.

Although they didn’t set limits on spending for FA players, the clubs have been limiting themselves compared to previous years. Additionally, as the clubs that did make big investments last year failed to get any return, teams are generally hesitant to spend big money with no promise of reward.

Most clubs have even lowered their number of players, limiting their total roster including developing players to about 80 to 90.

The organization of the clubs also changed.

Clubs previously preferred a player that could make a direct impact on the team, rather than a developing player. However, with the addition of the Dinos and the KT Wiz, KBO clubs have been focusing on player development to ensure long-term success. Due to this, unless it’s a big name player in the FA market, the clubs chose not to give away one of their young players as compensation.

The Doosan Bears and the Nexen Heroes are known for their success in player development. Over the years, the two clubs have spent the least in the FA market, but have still had success with their younger teams.

“Before, FA signings fees were based on their statistics in the past,” said Park Jong-hoon, general manager of the Hanwha Eagles. “But now, it’s better to make the decision based on their worth in the future.”

In addition to the clubs, the players have also changed. While clubs used to leave for offseason training in mid-January, they now tend to not go until February. As a result, players are in less of a rush to sign a quick contract and instead head overseas on their own for individual training. This delays the signing process as the players leave their negotiations with clubs to their agencies.

Although 11 players haven’t signed a contract, it is likely that the majority of the FA players will sign with their former clubs. LG Twins outfielder Park Yong-taik has met with the club three times and agreed on a two-year contract. The two are now left hammering out the financial details of the deal. Samsung Lions’ Kim Sang-su, too, agreed to re-sign with the club. Wiz infielder Park Kyung-su and pitcher Keum Min-cheol are still negotiating towards re-signing with the club.

The Eagles are expected to take a while in retaining their three FA players - Lee Yong-kyu, Song Kwang-min and Choi Jin-hang - as there has been a big difference in contract demands between the players and the club.