Cherry Bullet to debut on Jan. 21

Cherry Bullet to debut on Jan. 21 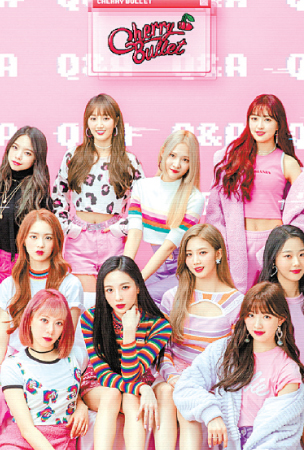 The first new faces of 2019, girl group Cherry Bullet will make their debut on Jan. 21, announced FNC Entertainment on Monday.

Cherry Bullet is the agency’s first girl group in six years. The agency is also home to girl group AOA, who made their debut in 2012.

The members include Haeyoon, who was featured in the third season of Mnet’s audition program “Produce 48” in 2018, as well as Bora, Chaerin, Jiwon, Kokoro, Linlin, May, Mirae, Remi and Yuju.

“The name of the group is a mixture of two very distinct images - cherry and bullet - meaning that the group will steal the people’s hearts with their lovely and energetic charm,” said FNC Entertainment.

The agency will release teaser images and videos for the new track before its official release on Jan. 21.