How China’s great artists inform one another

How China’s great artists inform one another 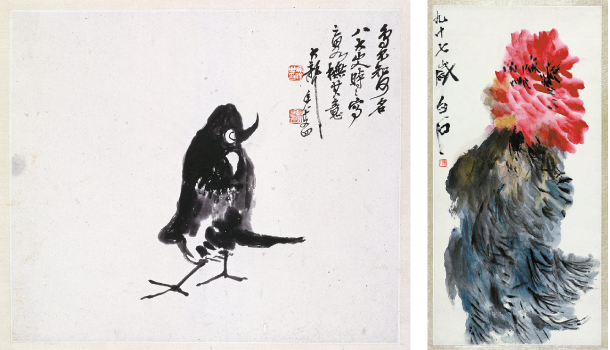 When an exhibition focusing on the work of renowned Chinese painter Qi Baishi (1864-1957) opened in Seoul in 2017, it was a huge success: when all was said and done, nearly 50,000 people visited the exhibition, and it quickly became one of Seoul Arts Center’s most successful projects.

Qi’s background as a low-income farmer who started his career as a carpenter has inspired many people around the world. His interest in art grew after he came across a Chinese manual of painting.

He began to travel to find inspiration for his works and eventually worked his own way up to become one of the greatest Chinese artists of the 20th century.

The Seoul Arts Center is once again presenting Qi’s work, along with pieces by other well-known Chinese artists - including Wu Weishan, Zhu Da, Wu Changshuo, Wu Zuoren and Li Hu - at an exhibition that opened in December.

One hundred and sixteen pieces are on loan from the National Art Museum of China and are on display at “A Dialogue with Qi Baishi,” which runs through Feb. 17 at the Seoul Calligraphy Art Museum in Seoul Arts Center, southern Seoul. Thirteen of the art works in the exhibit have been deemed first-rated national relics of China.

One of the participating artists, Wu Weishan, has high hopes for the exhibition.

“Zhu Da’s seven representative works have never been taken abroad,” he told the JoongAng Ilbo. “They were not made public even in China before the 1960s. [In the exhibition,] visitors will be able to [witness] dialogues between China’s greatest artists.”