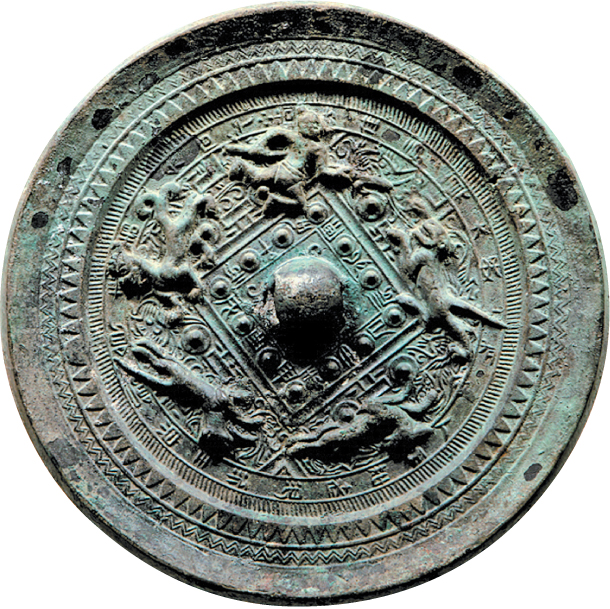 
These bronze mirrors were found from Royal Tomb of King Muryeong, the 25th king of Baekje Dynasty (18 B.C.-A.D. 660), located in Gongju, South Chungcheong.

The mirror has an inscription and semi-nude figure as can be seen in many mirrors from the Later Han period (A.D. 25-220).

The bronze mirror named “Uijasonsudae Mirror” is designed after the “Chinese Sudae Mirror” of the Han period (206 B.C.-A.D. 220).

Arranged around the knob at the center are nine protuberances, within which are circles and seven more protrusions.

On the rim is an illegible inscription.

The third mirror named “Sudae Mirror,” engraved with animal figures, is also an imitation of the Chinese mirrors made during the Han period.

However, the lines are bolder and the patterns are less elaborate than the other two.