Yang may have spied on Park trial

Yang may have spied on Park trial 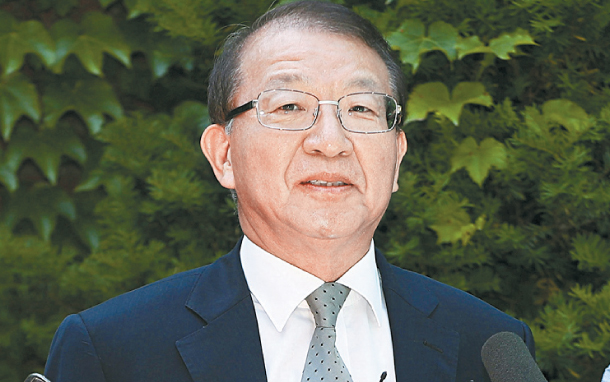 A source at the prosecution confirmed Tuesday that investigators found evidence that Former Supreme Court Chief Justice Yang Sung-tae ordered his subordinates to spy on the Constitutional Court during the impeachment trial of former President Park Geun-hye two years ago.

Yang, who is due to be summoned by the Supreme Prosecutors’ Office on Friday for a host of allegations of abuse of power, apparently ordered his direct subordinates dispatched to the Constitutional Court to report to him about the confidential court proceedings as early as November 2016, when the National Assembly was preparing for Park’s impeachment vote.

After the legislature overwhelmingly voted for her impeachment on Dec. 3 and the case went to the Constitutional Court, the chief justice allegedly received constant reports on the court’s deliberation on the impeachment trial for months until it finally ruled to dismiss Park on March 10, 2017, according to prosecutors.

The reports, which included a list of witnesses, opinions by the justices as well as evidence, were discovered by prosecutors on a hard drive and flash drive belonging to Lim Jong-hun, the now-detained former deputy head of the National Court Administration (NCA) - the administrative branch of the judiciary that allegedly played a crucial role in Yang’s misdeeds.

Prosecutors of the Seoul Central District Prosecutors’ Office investigating the case believe that such an order by Yang constitutes yet another example of power abuse. Yang may have been motivated by his personal interest in seeing that he was succeeded by an ally as chief justice once his term expired in September 2017.

With only months left as head of the Supreme Court, Yang apparently wanted information on whether Park Geun-hye could linger on as president until that time so that she, or at least the acting president, Prime Minister Hwang Kyo-ahn, could nominate one of Yang’s allies as the next chief justice.

This latest testimony is likely to deepen the power abuse charges that prosecutors hope to pin on Yang after they question him for the first time on Friday - the first time a former chief justice will be grilled on criminal allegations. The most serious allegations are that he influenced politically sensitive trials to curry favor with the Park Geun-hye administration.

On Monday, the press reported that prosecutors had obtained evidence that Yang had met several times with an attorney from Korea’s largest private law firm - Kim & Chang - back in 2015 and 2016 to allegedly discuss damage suits filed by the Korean victims of forced labor against the Japanese companies that exploited them during Japan’s colonial rule of Korea.

The problem lies with the fact that the Kim & Chang lawyer was representing the Japanese companies sued by the plaintiffs, and that Yang allegedly tried to delay the trial along with the lawyer in line with Park Geun-hye’s wishes. President Park wanted the trials suspended in the interest of better relations with Japan. If this is the case, Yang’s actions could have violated the constitutional principle of separation of powers.

Prosecutors say that the NCA reports on the Constitutional Court sent to Yang may have also made their way to the Blue House while Park Geun-hye was suspended from her duties as president during the impeachment trial proceedings. Regardless, a charge of leaking official secrets will likely be added to Yang’s expected indictment for allegedly ordering the spying.