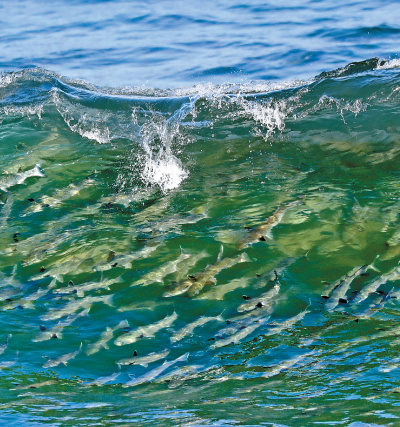 Schools of mullet appear to surf a wave in the sea off Gangneung, Gangwon, on Tuesday. The spectacle is fascinating for the tourists and fishers who enjoy fishing for the mullet. A marine life researcher said that “mullet have a nature of returning to their birthplace in schools, usually in the spring, but it is very rare to observe schools of mullet near a beach in January in Korea.” [YONHAP]