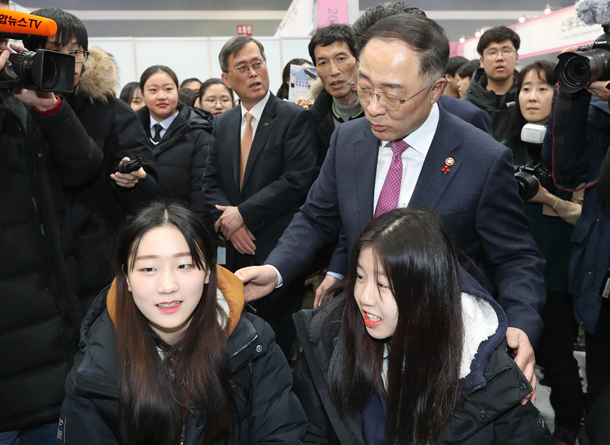 The finance minister said it will be difficult to find a job over the next three years due to the flood of “echo boomers” into the market. Echo boomers, children of baby boomers, are those who were born between 1979 and 1992.

But he said there were some signs of improvement.

“When you look at the details, the employment rate when compared to 2017 hasn’t worsened much and the hiring of young people improved in the fourth quarter. The number of people hired as regular employees has been continuously growing,” Hong said.

The minister added that the government will try to improve the situation by focusing on creating jobs, particularly for the more vulnerable in society, such as women and seniors, as well as for low-income individuals. It will also endeavor to energize the service industry by boosting the domestic market.