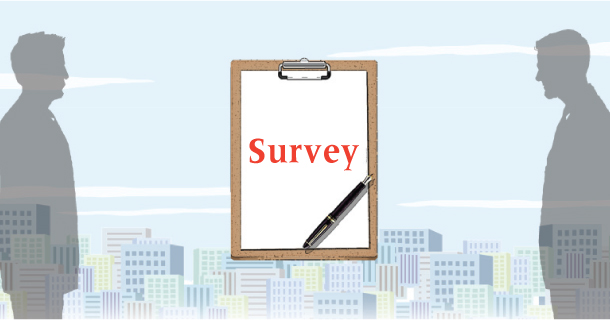 One piece of statistical research is hard for both surveyors and respondents — the household survey by Statistics Korea. It is one of the key statistical measures and surveys the income and spending of households. The government uses this survey to decide on various economic and social policies.

On Jan. 7, Commissioner Kang Shin-wook said households who did not respond to the survey would not be fined. President Moon Jae-in said the plan to fine them is a backward administrative measure. As Statistics Korea was criticized for attempting to increase the response rate using fines, the agency clarified the plan.

The controversy originates from the survey method. 7,200 households nationwide need to keep account books for every day and write their incomes and expenses. Kim, a 42-year-old administrative worker who participated in the survey, said, “It is for a good cause, but it is a burden that I have been chosen as a sample. I asked if it was mandatory and I was told that I would be fined up to 200,000 won ($178) for not responding.”

So he had to fill in his ledger every day after work, attaching receipts by hand, a process that can sometimes take more than an hour. “It’s like doing homework, as not being truthful is also subject to a fine.” The participants are also worried because the ledgers, which contain sensitive personal information, are submitted through a “collection bag.”

Surveyors are also struggling. They are often turned away. A 45-year-old surveyor surnamed Park said that he was told, “I’ll kill you if you come again.” He said that if fines are not imposed, it will be even harder to collect data. Sometimes surveyors offer to help around the house and give gifts to manage their survey respondents.

According to Article 26 of the Statistics Act, which discusses the production of “designated statistics,” such as household survey, “those who have been requested to submit data or have been asked questions under paragraph (2) shall comply therewith unless there is good cause.” Households that violate this can be subjected to a fine of up to 200,000 won. But the response rate is falling, from 80.6 percent in 2010 to 75.4 percent in 2015, and again to 72.5 percent in 2017. Prof. Kim Nak-yeon, who teaches economics at Dongguk University and is an authority on domestic income statistics, said that as more data has to be asked of the households for accurate statistics, this will lead to more friction. It is important statistical data and if the responding rate is increased, the survey method will need to be improved to reduce burdens and inconvenience. Before mentioning the legal grounds for fines, how about introducing an electronic ledger survey, as Korea is an IT leader? I hope that the country develops a new household survey that surveyors can ask with confidence and respondents can gladly answer.