World Bank Group President Jim Yong Kim will head to Wall Street after his surprise announcement Monday that he is stepping down more than three years early. 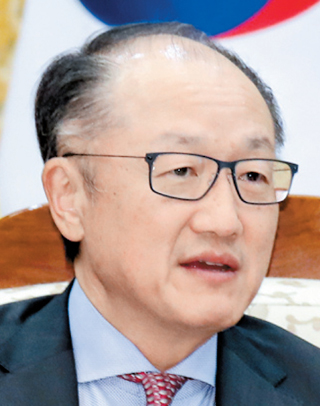 Kim’s decision to resign, effective Feb. 1, from the Washington-based institution comes amid U.S. administration reservations about multilateral cooperation. The United States has a controlling share of the World Bank’s voting rights.

According to sources, Kim discussed his decision to leave the bank in an internal message on Monday. The sources said that Kim said that it had been an honor to work as president of an institution staffed by passionate people committed to ending extreme poverty.

The World Bank president also made an announcement on Twitter.

“I will be stepping down as World Bank Group president on Feb. 1,” tweeted Kim. “It’s been the greatest privilege I could have ever imagined to lead the dedicated staff of this great institution to bring us closer to a world that is finally free of poverty.”

Kim’s decision comes after he started his second five-year term at the post in July 2017. The World Bank president will leave three years and five months before his term ends.

The World Bank chief reportedly tendered his resignation at a board of directors meeting hastily convened Monday morning. According to a World Bank official, board members found the sudden scheduling of the meeting the night before odd.

Kim immediately announced his resignation at the board meeting, attended by 25 members. The announcement was completely unexpected, according to reports.

A meeting between the World Bank president and a head of a Korean research institute was canceled hours before the scheduled appointment.

“I came all the way to Washington after receiving a response with much difficulty and finalized a time last week,” said the institute chief. “I received news of the cancellation just three hours before [the meeting].”

Despite saying the resignation was a personal decision, the announcement comes amid reports of Kim’s uncomfortable relationship with the current U.S. administration.

Kim was elected to his post in 2012 during the Obama administration. He was the first Korean-American to hold the position. During his first term, he was recognized for focusing on the prevention of the spread of Ebola in West Africa and taking an active role in the migrant crisis in Europe and the Middle East.

Kim was re-elected with heavy support from the past administration and reportedly enjoyed a strong relationship with Democratic Party presidential candidate Hillary Clinton.

U.S. President Donald Trump reportedly did not agree with the direction of the institution under Kim.