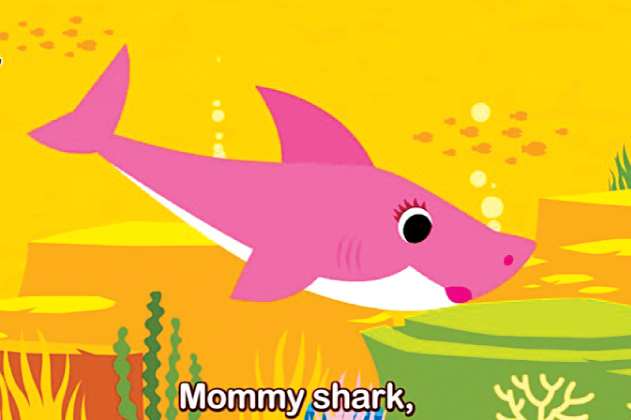 Psy landed on the Billboard Hot 100 with his “Gangnam Style” in 2012 and BTS made the chart in recent years with a number of their tracks, but a children’s song from Korea has never made the list before.

Pinkfong, run by education start-up SmartStudy, released “Baby Shark” in 2015, and its official video, which was uploaded on Jan. 2, 2016 on YouTube, has over 70 million views.

The two-minute video wasn’t only popular among children, but also among Korean adults, who are hooked on the song’s catchy melody.

The video also reached No. 37 on the Official UK Singles Chart from Aug. 31 to Sept. 6, and was named the most popular YouTube video in Korea last year.