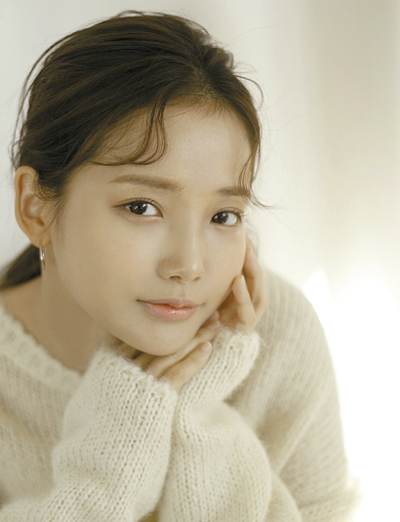 “Rosebud” is a comedy title revolving around a middle-aged woman who is at risk of being forced to reveal the past she wishes to keep hidden.

Actor Ha Yeon-soo stars in the upcoming feature as the younger version of Jang-mi, the nagging and nosy mother who is also portrayed by Yoo Ho-jeong. Set between the late 1970s and the present day, Ha plays a young woman who dreams of becoming a singer. Her main partner is Lee Won-keun, a younger version of the character named Myeong-hwan, who, along with Jang-mi, also longs to be a singer. The older Myeong-hwan is portrayed by Park Sung-woong.

Ha has made a name for herself through her roles on television shows, like the MBN drama “Rich Man” (2018) and tvN’s “Conte and the City” (2015-16). But “Rosebud” marks her first return to the silver screen since her debut film “Very Ordinary Couple,” which was released six years ago.

More familiar with television, seeing herself in a movie theater was a very exciting experience for Ha.

“While seeing my face on the big screen, I thought that my face looked different,” said Ha during an interview with Ilgan Sports, an affiliate of the Korea JoongAng Daily, held in central Seoul. “Many people say that I resemble Squirtle [from Pokemon,] but I think I look a little different in this movie. It felt a little strange, and this also got me a little concerned.”

Since she had to play a woman from the past, Ha was actually more attracted to the role of Jang-mi’s daughter, played by Chae Soo-bin.

“I am not sure whether the director would remember, but I indirectly told him several times about my preference [for the role of the daughter]. But it did not work at all,” Ha said with a laugh. 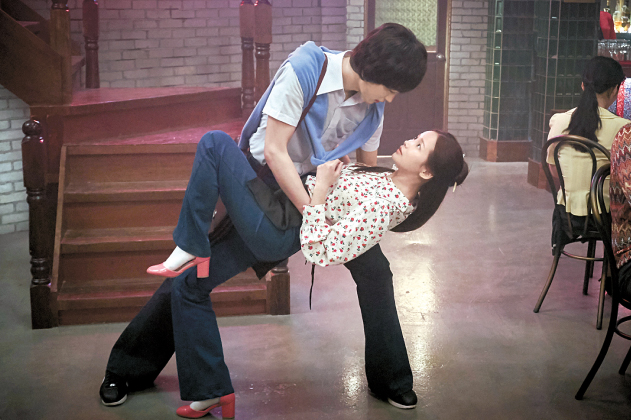 “I think I was more attracted to the character because I felt more comfortable playing a character living in the modern era,” she added.

“Also, I felt a little uncomfortable playing a student due to my age (she is 29), and could better sympathize with the latter part of the story [when Jang-mi is older].”

Shooting the romantic scenes with Lee was one of the difficulties of the role because of their history.

“We were in the same entertainment agency before we debuted, so we [spent quite some time together,] going to the same acting school and going out to fast food restaurants for a hamburger.” Ha added, “Filming romance scenes and trying to look pretty in front of a friend was a little awkward. But I did my best not to make that feeling noticeable.”

During the interview, Ha was very honest about personal things like her relationship history. She says she has not been on a date for a year.

“If I start dating someone or get married, I would not really want to hide that. If my partner wants to hide it, I would, but if that isn’t the case, I would not be reluctant about revealing it. It’s not like I’m breaking the law.”

She also shared her thoughts on the controversy she caused over a picture she posted on social media.

Last year, Ha posted a picture from a trip to Russia in which she was sitting in a chair placed in front of a poster that resembled the rising sun flag used by the Imperial Japanese Army. She eventually took the photo down.

“I am sorry to those who felt uncomfortable after seeing the post. But I don’t think I should be ashamed because it actually wasn’t the rising sun flag.” She added, “I feel sorry that I was judged by a single photo, but [that kind of response] is beyond my control.”

“I can’t ask everybody to love me because the world is so big and there are so many different types of people. I respect other people’s thoughts.”

Directed by rookie filmmaker Cho Seok-hyun, the movie will arrive in theaters on Wednesday. It’s rated 12 and above.