JEON YOUNG-SEON
The author is an industrial news editor of the JoongAng Ilbo. 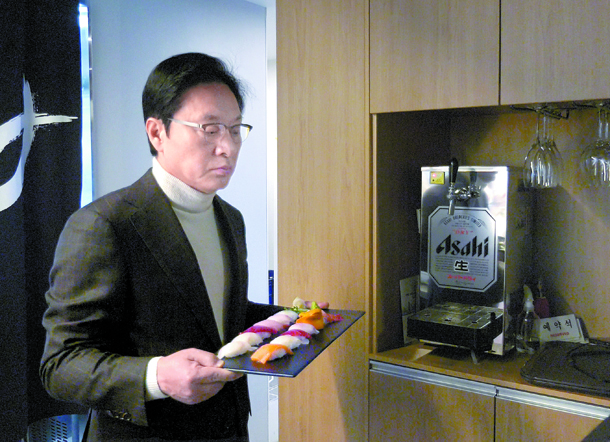 I sighed when I heard 61-year-old former lawmaker Chung Doo-un opened a Japanese restaurant in Mapo-gu, western Seoul. He said he opened the restaurant to support himself post-retirement. I cannot say how desperate he is, but his decision reminded me of the Korean-style career development diagram that converges on “opening a chicken joint” regardless of your college major.

Will Chung have a comfortable life?

Stories concerning him suggest that he is skeptical about his business prospects. “Our monthly payroll alone is up to 40 million won ($35,733), so I cannot bear it.” The crisis of small business owners has complex causes. The economy is not doing well and people are not dining out as much. Last year, each adult spent an average of 292,698 won per month, according to the Korea Agro-Fisheries & Food Trade Corporation. That’s 11,000 won less than the previous year. People mostly chose affordable options, such as fried chicken.

People dined out an average 13.7 times a month, less than the previous year’s 15.1. Many are being frugal and eating at cafeterias or fast food outlets. More consumers buy ready-made food. More companies close at six p.m., and after-work gatherings are decreasing. BBQ places and Japanese restaurants that mostly catered to company outings can no longer expect group dinner reservations.

There is another fundamental cause for all this. The restaurant business is a battlefield that is hard to survive without grit and love for food. There were 721,979 restaurants nationwide as of 2017, one for every 72 customers. This is five to seven times more than in developed countries. As there is little entry barrier in the restaurant industry, there are many franchise businesses. It is easy to start a restaurant, but just as easy to fail.

Despite the situation, middle-aged people and seniors who are pushed out of the labor market are entering the restaurant industry to make ends meet. As the restaurant industry becomes increasingly saturated, it is becoming a shortcut to total destruction. If you know anyone who attends restaurant start-up info sessions that promises a valuable retirement fund, you must stop them at all cost. If they are over 50, you should work harder to dissuade them. As their payroll burden will surely grow as a result of the government’s push for minimum wage hikes, business owners themselves will work long hours to make profits. Older people may grow sick from physically demanding work.
In every way, going into the restaurant industry these days is the worst option for middle-aged and older people’s post-retirement plan.