LG and Naver are teaming up to make robots better

LG and Naver are teaming up to make robots better 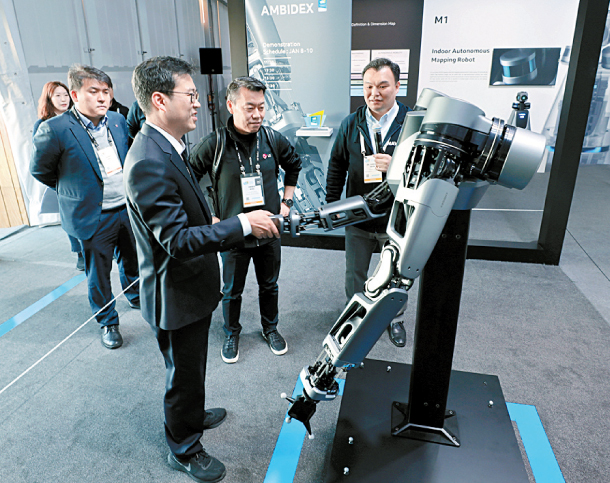 LG Electronics and Naver are cooperating on the development of robotic capabilities.

Their first project will use Naver’s mapping and navigation technology to improve the functionality of LG’s CLOi GuideBot.

LG’s guiding robot is currently in operation at Incheon International Airport. It escorts travelers to certain destinations within the facility.

The solution integrates Naver’s mapping, navigation and positioning technology to support various location-based services, such as augmented-reality walking navigation and autonomous driving, according to the company. Naver hopes to improve this by using big data collected by LG robots.

The two companies said they will gradually expand collaboration to other areas of robot development after the first project. The agreement was reached during the Consumer Electronics Show (CES) in Las Vegas and announced Thursday. Both LG and Naver demonstrated their latest robot technologies at the exhibition.

“One of our biggest achievements during CES was to reach an agreement with LG,” said Seok Sang-ok, head of the robotics team at Naver Labs. “With LG, we will find ways to develop technologies that improve lives.”

LG has already announced other deals at CES, including a plan to work with Microsoft on autonomous car technology development and an agreement with Apple to source television programming.