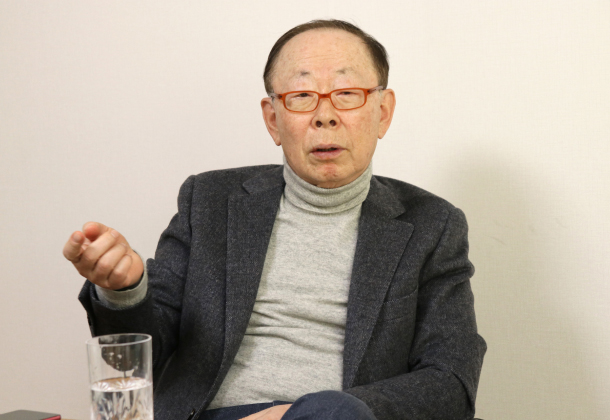 
Often called as a commander-in-chief well equipped to deal with crisis, former Finance Minister Lee Hun-jai gave a stern warning about the future.

“Korean society will go through a painful transition,” he said. “In 1997, the financial crisis came, but the worst was in 1998. I hope last year’s crisis bottoms out this year.”

He also said, “The social safety net should be strengthened and the right to education should be guaranteed so that the foundation for survival is laid. No one [should] starve to death in Korea. The government should assure that every child can grow up as a well-rounded adult.”

He also called for the elimination of old regulations across all sectors of society and called for governmental investment in human resources.

Lee is a veteran who understands the fundamentals of the ongoing economic crisis in Korea. He served as the chairman of the Financial Supervisory Commission and helped the country overcome the financial crisis twenty years ago. He also served as a deputy prime minister of the economy and finance and stabilized the economy amid political chaos when former President Roh Moo-hyun was impeached in 2004.

The JoongAng Ilbo listened to his analysis and alternatives to the current economic situation through an in-person interview and a later interview via letters at the end of 2018.

Q. How do you view the new year?

A. In North Korea, people use the phrase “painful march.” Likewise, I believe South Korea has to go through a painful transition.

How much do you worry about the economy?

The Korean economy will be as serious as the financial crisis. The crisis broke out in 1997, but the pain was the most severe in 1998. I hope the suffering is the worst this year. Nobody knows whether the pain will last for 10 years or 20 years. If the government tries to compromise on issues like the policy of working 52 hours a week, the pain will definitely be aggravated. The economy will be worse.

The government does not see it as an economic crisis.

No one calculates the impact of the policy. The minimum wage policy, 52-hour workweek and real estate tax are all the same.

The government aims to impose restrictions on the rich. Policies are not that simple. Consequences should be meticulously calculated.

People need time to move. The minimum wage made employers control the employees without giving them time to move. The real estate tax made the owner of the building to have no choice but to raise the rent. Imposing a heavy transfer income tax is a policy that impoverishes the people.

Let’s imagine that a house bought at 50 million won ($44,660) became 90 million won. In order to sell the house and move to another one, the half of the profit has to be paid. Then, it is hard to buy a house worth the previous one, because the housing price all went up.

President Moon Jae-in said, “In regard to the criticism that the current administration has no industrial policy, we need to deeply look back on ourselves.” What do you think about this?

What should the citizens do?

They will find the way out. People are preparing to survive on their own. The government does not take responsibility for people’s lives. The people should ask themselves whether they can live with the minimum wage the government offers. People should not think that national finance is the solution. National finance is all fiction. It reminds me of the troops who volunteered to go to Vietnam in the 1970s. They ultimately chose to survive on their own. They might have thought that the government would not betray them, leaving their family starve to death. What did they bring back? They brought only two duffel bags. The duty-free goods that filled the bags were sold in the international market. Families could survive by selling those, the government supplies increased and the prices were stabilized.

What should the government do?

Three messages should be given by the government. First, if you are born in Korea, you will never starve to death. Second, whether big or small, a room to live in is given. Lastly, every child should grow into a well-rounded adult. The government should provide a social safety net and guarantee the right to reside and the right to be educated.

The government’s regulatory innovation is showing not much progress.

Imposing regulation is a struggle to retain vested rights. Rights are becoming too strong in the whole society. Everyone is holding their rights tightly in their hands and never making any concessions.

Do you mean the government should fight with its supporters, like civil organizations or the Korean Confederation of Trade Unions?

The government can create a business environment that produces creativity by having a head-to-head fight with them. Without removing the rights they already have, Korea cannot go forward at all. In 1981, air-traffic controllers once went on a strike to raise their salaries in the United States. How did President Reagan handle the situation? He fired 11,000 people who did not follow his order to return within 48 hours. With such courage, society can take a step further.

What is the solution for jobs?

The time for the government provides jobs to people is over. The government should let go of regulations and vested rights. Rather, a transition must take place earlier. Many say that jobs will disappear due to the fourth industrial revolution. This is because people are just focusing on disappearing jobs. For instance, the number of bank tellers will decrease, but the developers of systems and consultants will increase. How actively the government transitions to a digital society can determine whether new jobs will be created or not. The problem is that the conflict between the industries and the conflict between the generations will worsen. Between the taxi drivers and carpool drivers, digital generations and analog generations, the opportunity to get a job becomes completely different. The pain will spread, igniting battles among generations. It will become similar to the situation where people in their 60s in the Midwest of the United States elected President Donald Trump. That is why it is crucial to create a social safety net.

How should human talent be grown?

As opposed to conventional thinking, not much money has to be invested. It costs only 1 trillion won to hire 10,000 people a year, investing 10 million won respectively. It only costs 10 trillion won to hire 20,000 people a year for five years. I hope the government experiments with this policy. Creating a project to solve the nationwide problems and letting the talent solve this is what the government should do.

What do you mean by government project?

The best examples are the Apollo project, which started when President Kennedy decided to send a human to the moon in 1961, and the Brain Initiative, which was pushed ahead by the Obama administration to draw a map of the brain. Through these projects, a remarkable breakthrough in technology was achieved. We need to work hard like that as well. It is desirable to begin a city revival project where old cities from the industrial age transform into futuristic cities.

What should Moon focus on?

Moon should devote himself to fixing the current problems rather than pursuing ideologies and values. I believe that this is the role of the leader.


Can we overcome the crisis?

Our people are strong. Over the last century, we have gone through liberation from Japanese colonial rule and Korean War and revived the economy.