YEH YOUNG-JUNE
The author is a Beijing bureau chief of the JoongAng Ilbo. 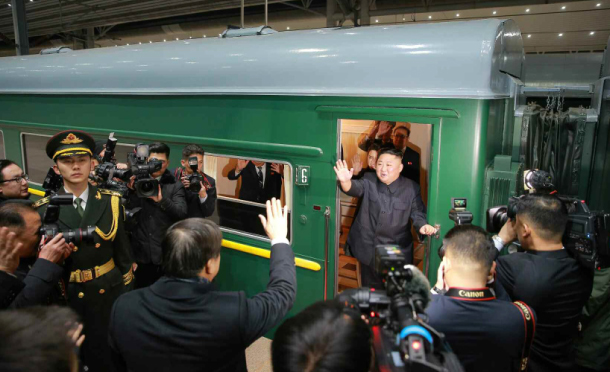 When did the government learn about Kim Jong-un’s fourth visit to China in ten months? Blue House spokesman Kim Eui-kyeom said that there had been close communications in advance with North Korea and China, so there was an understanding of what was going to happen prior to the meeting.

He said that the exact timing could not be disclosed due to diplomatic relations. So, I investigated to find out exactly when the government knew.

On Jan. 8, former Ambassador to China Noh Young-min had a farewell luncheon with embassy officials. He was named the chief of staff and was to return to Korea on an evening flight.

Around 2 pm, Ambassador Noh went somewhere. The person who had a meeting scheduled at that time was informed that the meeting needed to be postponed due to urgent matters. Upon returning, Ambassador Noh changed the flight to the next morning.

That night, Kim Jong-un’s train passed the border. I can presume that Ambassador Noh was told about Kim’s visit at the time.

This time, it was a “good save,” as Kim made his third visit to Beijing while Noh was on vacation in Korea in June 2018. However, what’s most important is to learn what transpired during the North Korea-China summit, and that duty should begin now. But, the Korean ambassador to China post is currently vacant.

The Foreign Ministry explained that the acting ambassador will carry out the duties without any setbacks. But it may be more frank to say that there is no difference whether there is an ambassador or not.

Kim’s first visit to China in March 2018 came to mind, as the ambassador was in Beijing at the time. The embassy could not figure out who was on the train, even after Kim arrived in Beijing.

Most Korean media outlets, with exception of one or two, reported that it was likely to be Kim Yo-jong. Some made the error of saying that it was Kim Yo-jong for sure. The source of the inaccurate information was government officials. It is not an easy thing to learn of the North Korean leader’s visits to China in advance. But it is the duty of the ambassador and diplomats to figure it out using all the connections they have.

Whenever an important issue happens, such as Kim Jong-un’s visit to China, the authorities say that there are in close communication with the parties involved. Those words are nothing but the work of a magician tricking the audience.