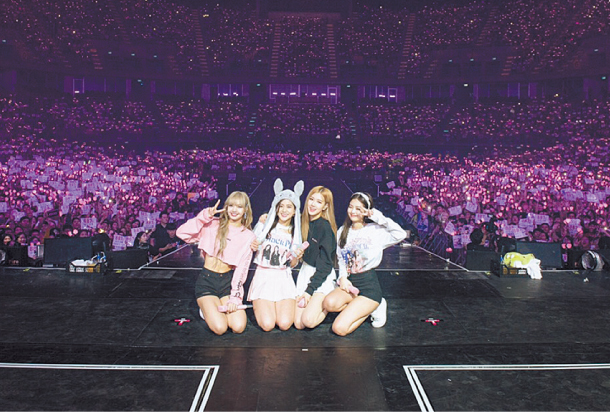 Girl group Blackpink is on a roll as the girls broke several records over the weekend. According to the group’s agency YG Entertainment, Blackpink’s latest music video “Ddu-du Ddu-du” surpassed 600 million views on YouTube Sunday morning, the fastest K-pop group has reached the number.

The agency also said that Blackpink has the most music videos with more than 300 million views among girl groups in Korea, a sign of the group’s growing popularity worldwide.

Lisa, a member of Blackpink, also broke a record by becoming the most followed female star in Korea on Instagram. As of Sunday, Lisa’s Instagram account has more than 13 million followers.

Meanwhile, the girls are currently on a world tour and kicked off a series of shows in Bangkok, Lisa’s hometown, Friday. After wrapping up the concerts in Thailand, Blackpink will travel to Jakarta, Indonesia, for concerts on Jan. 19 and 20.