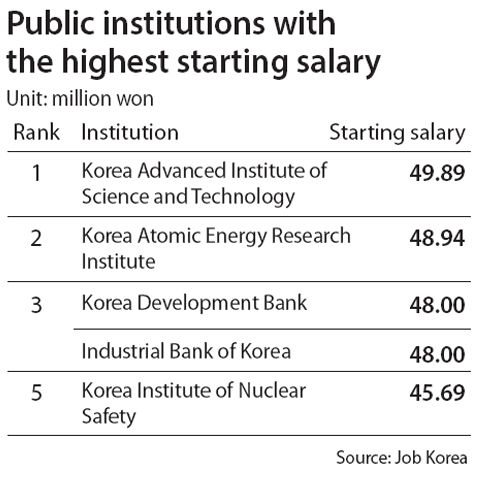 The recruitment site announced the findings after analyzing recruitment plans from 131 public institutions that participated in a Ministry of Economy and Finance-led job fair last week.

By industry, new employees working in the research and education sector will earn the most this year, with an average starting salary of 39.57 million won, followed by those in the energy and agricultural sectors.

Job Korea estimated that the 131 institutions will be hiring a total of 8,857 new employees this year. Korail is expected to be the largest recruiter, hiring 1,855 new workers.

Job Korea also added that most public institutions will be recruiting new employees within the first half of the year.