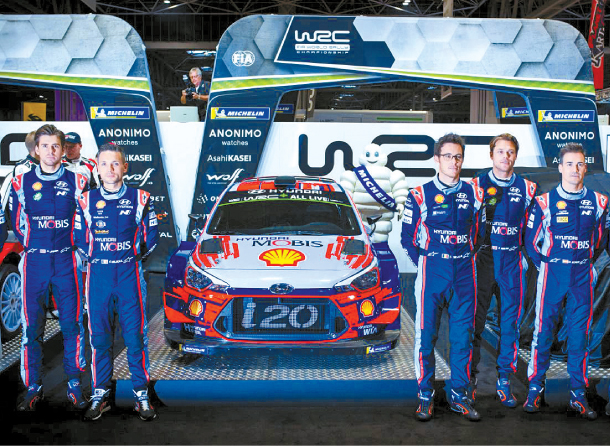 The automaker said its target this year is to win championship titles at the World Rally Championship (WRC) and the World Touring Car Cup (WTCR).

In WRC events, the carmaker participates with its own team. In WTCR events, it supplies its cars to professional racing teams.

For the WRC, the company said last year’s vice champions Thierry Neuville and Nicolas Gilsoul - a team of driver and co-driver - will be joined by Norwegian crew Andreas Mikkelsen and Anders Jaeger in all events. This year’s WRC has a total of 14 rounds. A composite score in those events will decide the winner.

“I am pleased to be joining such a great lineup of crews,” Loeb said. “It is clear to me that the car was a competitive package in 2018, which enabled the team to fight for the championship titles right to the very end.”

The automaker also announced four drivers who will participate at this year’s WTCR event with Hyundai’s i30 N TCR racing car. The carmaker races in the Customer Motorsports category with competitors that include Audi, Volkswagen and Ford.

Hyundai Motor has been active in motorsport events as it has a positive influence on European sales thanks to a huge popularity of motorsports with European customers. In the long run, the carmaker hopes to upgrade its image from a value-for-money carmaker to a company known for high-performance cars.