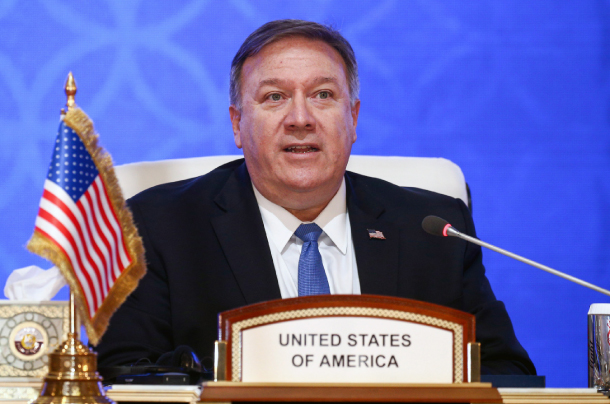 “We’re working out the details,” said Pompeo, speaking on CBS’s “Face the Nation” Sunday about a second Kim-Trump summit. “You’ll be among the first to know.”

This comes amid media reports that Vietnam is a likely candidate to host the summit, likely being planned for February. John Bolton, the White House national security adviser, said in December that a meeting between Kim and Trump would probably take place in January or February while pointing out that the North has “not lived up to the commitments so far” made during the first summit on June 12.

Diplomatic observers have pointed out neither North Korea nor the United States would want the summit to happen later than February.

Trump told reporters last week that a venue for the second summit will be announced in the “not too distant future.” This came after Kim Jong-un said he was willing to meet with Trump in a New Year’s address and also a personal letter to the U.S. president.

Multiple diplomatic sources have indicated that North Korean negotiators have ended their strategy of ignoring U.S. offers for talks and are “prepared to speed along dialogue.”

However, analysts say the two sides will need to set more concrete steps toward denuclearization ahead of the summit to produce more substantive results than from the first summit.

There are expectations that Pompeo will meet with his North Korean counterpart, Kim Yong-chol, soon, which would set in motion plans for a Kim-Trump summit. Their talks were canceled at the last minute in early November.

Pompeo has been on a Middle East tour since Jan. 8. He was set to return to Washington early due to a death in his family, according to the U.S. State Department Monday.

Pompeo, while in Cairo, Egypt, said Friday on Fox News that the end objective of U.S.-North Korea negotiations was “the security of American people,” raising questions about whether there was a shift in Washington’s policy on Pyongyang.

He added, “We’ve got to get to full and final denuclearization,” adding Washington has been “unambiguous” on this when speaking with leader Kim and North Korean interlocutors. Pompeo said he is “hopeful that in the year ahead we can make substantial progress on that,” including holding another summit.

Some North Korea analysts have pointed out that Washington may be willing to accept a deal that addressed North Korea’s intercontinental ballistic missile (ICBM) threat, while others are saying that this could indicate the United States may be able to accept a staged and phased denuclearization process.

Various Southeast Asian countries, namely those with North Korean embassies such as Indonesia, Thailand and Vietnam, have been named as possible venues for a second Kim-Trump summit following the first meeting on June 12 on Sentosa Island in Singapore.

Both Vietnam’s capital of Hanoi and Da Nang, a coastal tourist city, have been named as possible venues.

A high-level Vietnamese Foreign Ministry official told reporters Friday that Vietnam is ready to host it.

The two diplomats “exchanged vital information,” including the outcome of a recent visit by North Korean leader Kim Jong-un to China, according to the Russian Embassy in a statement on its Facebook account. Kim last week held his fourth summit with Chinese President Xi Jinping in Beijing.

The two sides also discussed prospects of finding “negotiation formats aimed at searching for the best ways to resolve the nuclear problem of the Korean Peninsula,” according to the embassy.